This is the first of a three part series that will analyze TVB Anniversary Awards results based on different variables.

Who is the winningest producer in TVB history? 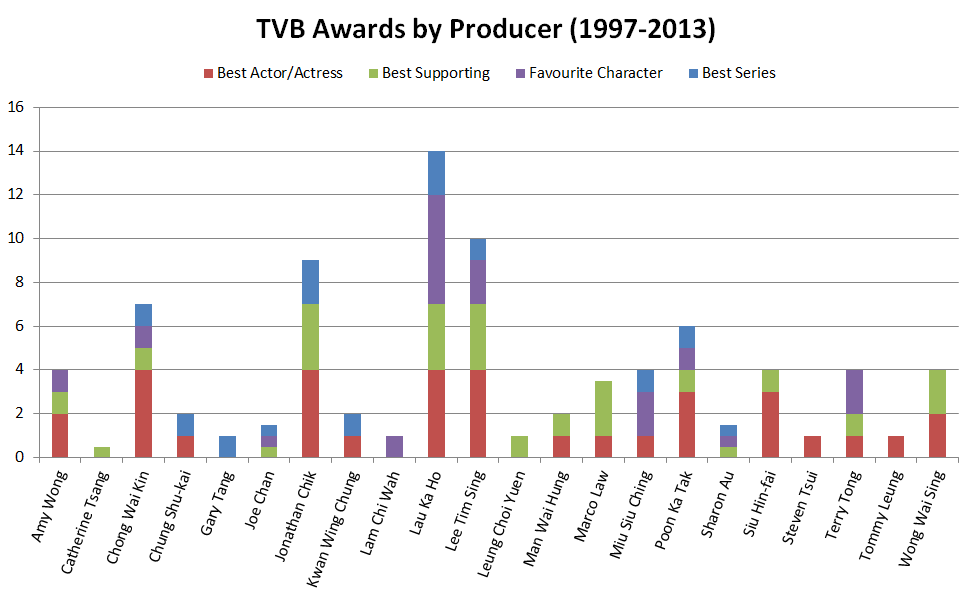