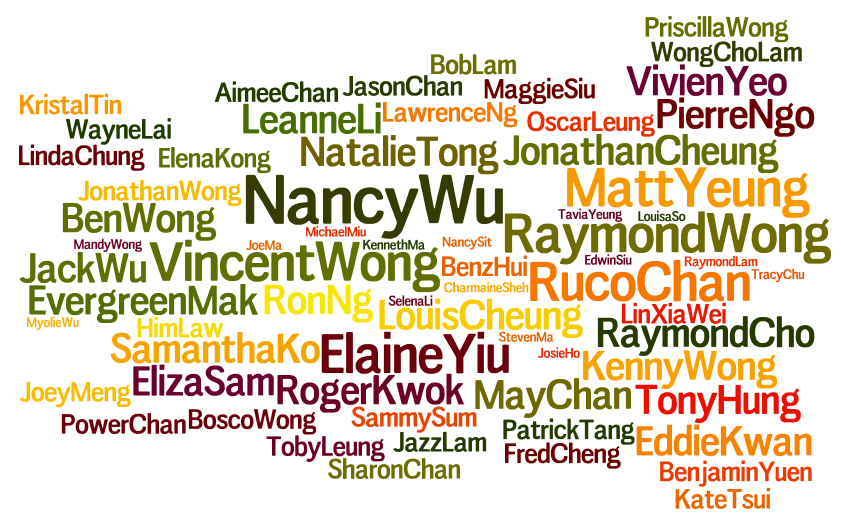 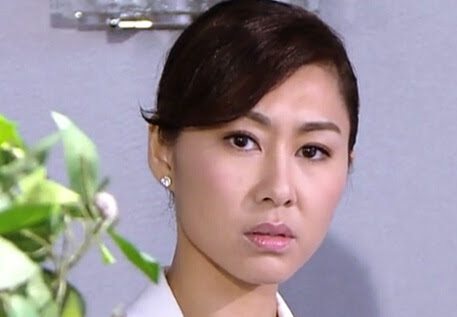 Nancy led the way with five series this year. She finally got a happy ending with familiar partner Vincent Wong in Coffee Cat Mama, but her love life was not as smooth elsewhere. In Gilded Chopsticks, she was forced into a political marriage. She was a smart businesswoman in The Ultimate Addiction and Overachievers, but cheated in love. Perhaps all the heartbreak got to her, so she decided to change her look completely and portray a villain in Tiger Cubs II. 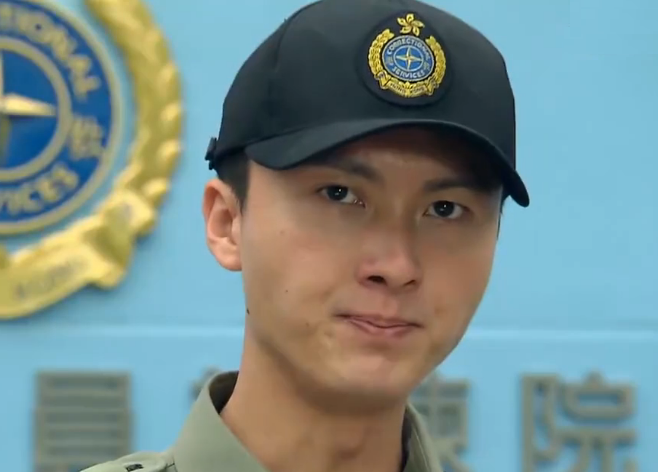 Vincent didn't have to endure any more slaps this year. Instead, he was the "Prince of Enduring Love". He held a crush on his best friend of many years in Coffee Cat Mama. In Swipe Tap Love, he retained feelings for his former flame despite breaking up. In Tomorrow is Another Day, he showed unconditional love for a woman who helped him sixteen years ago. Vincent is equally dedicated to his job, working in the ICAC for twenty years in ICAC Investigators 2014. 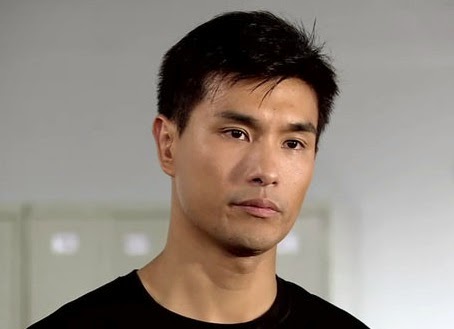 Ruco seems to be compatible with anyone he works with. His charm worked twice on Aimee Chan, in Outbound Love and Ruse of Engagement, allowing them to bring home the My Favourite On-Screen Couple award from the TVB Star Awards Malaysia. His chemistry with Linda Chung in All That is Bitter is Sweet even sparked off-screen rumours. Maybe it's the soccer skills that he showed off in ICAC Investigators 2014 that attracts the ladies. Ruco's hard work was rewarded with being crowned TV King at Singapore's Starhub Awards.

Elaine has secured the ex-wife/ex-girlfriend role. First, she broke up with Ruco Chan in Outbound Love for better career prospects. Then, she left Raymond Wong in Swipe Tap Love because of the pressure of being an adoptive mother. Even taking care of her own biological child proved too much, causing her to abandon Wayne Lai in Rear Mirror. Luckily, she finally found a loving family with Jack Wu and a son in Shades of Life. 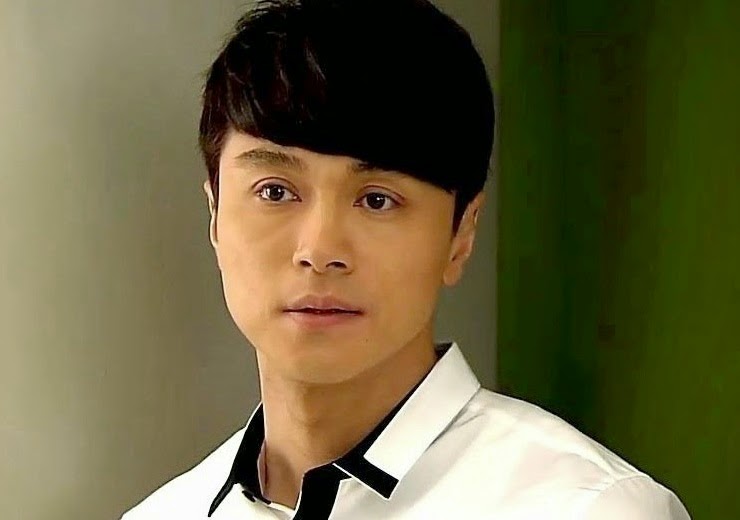 Raymond is always dependable whether it is in big or small productions. Following Karma Rider, he renewed his fate with Priscilla Wong in Swipe Tap Love. He did double duty in All That is Bitter is Sweet, portraying two brothers with contrasting personalities. In Overachievers, he collaborated with the "Eunuch Five Tigers" again and plays the ultimate villain. He also had an appearance in ICAC Investigators 2014. 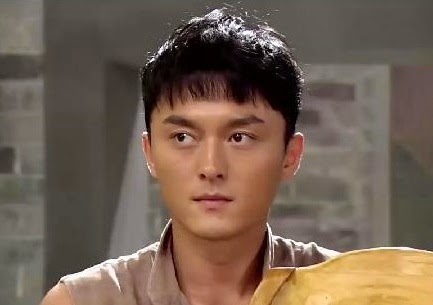 Ladies, beware if you want to date Matt Yeung. He was the "Worst Boyfriend" in Outbound Love, cheating on his fiancé with her best friend. Additionally, he set up his girlfriend for jail in Black Heart White Soul. Luckily, he redeems his image in Storm in a Cocoon by portraying a simple-minded and sweet boyfriend to Natalie Tong. Matt joined the sitcom Come Home Love as a regular cast member and also had guest star roles in Swipe Tap Love and Shades of Life. He has earned a nomination for Most Improved Actor at the TVB Anniversary Awards.

Posted by miriamfanz at Tuesday, December 02, 2014