This song embodies the theme of Miriam's 3,2,1 Go! concert. Life begins counting down from the moment you are born. You never know how much time you have left, but you can choose how to spend the time that you have. Even as life is counting down, you should never stop pursuing the things that are important to you. That way, when you look back on your life, you can say that you had a worthwhile journey.

I went to see Miriam's concert in Hong Kong in December. It was thrilling to finally get to see my favourite singer live in concert! Here are just some of the pictures I took: 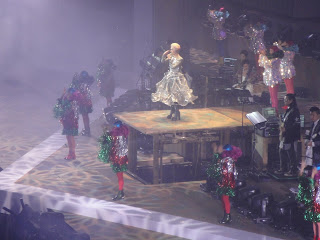 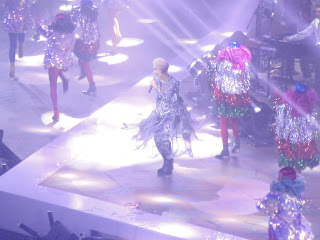 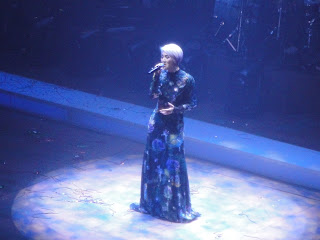 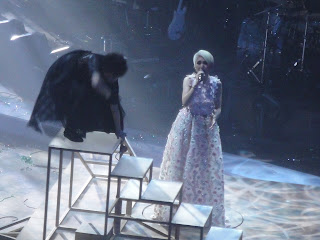 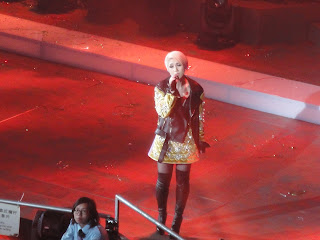 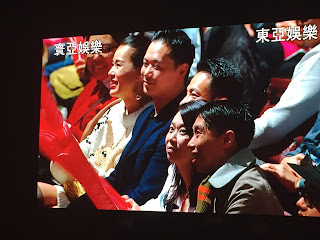 Posted by miriamfanz at Sunday, February 18, 2018 No comments:

Born into a family of lawyers, Mandy Wong has Joseph Lee, a top name in the legal industry, as her mentor. She is an outstanding student, but after she completes her pupillage, she turns on him and frequently opposes him in court. Mandy conceals the fact that she has multiple personality disorder. One of her alter egos is a wild player, who is brave and ruthless. Another alter ego is timid and pessimistic, wearing a constant frown on her face. Benjamin Yuen discovers Mandy's secret and uses it to blackmail her into hiring him as a trainee. Mandy reluctantly agrees in order to ensure that she can marry Jason Chan, a highly eligible bachelor. Thus begins an extraordinary experience for them. Because of sudden personality switches, Mandy often has embarrassing moments in court, which is the source of much laughter. The only person who knows about the origins of Mandy's disorder is her mother, Gigi Wong. Unfortunately, Gigi refuses to talk about the past. Meanwhile, Benjamin becomes good friends with Mandy's alter egos. In order to eliminate a future cause of trouble, Mandy is determined to make them disappear.

This may be a breakthrough role for Mandy. The synopsis sounds more interesting than when the series was first announced.

Posted by miriamfanz at Sunday, February 18, 2018 No comments:

Jinny Ng sings the theme song for Watch Out Boss, entitled "Finding a Reason to Leave You" (找個離開你的理由).

Posted by miriamfanz at Sunday, February 11, 2018 No comments:

The workplace is like a battle field. There is no eternal friend or enemy in the office, only people who mutually benefit from each other! Flora Chan, the senior secretary in the marketing department, has always enjoyed the favour of her boss - marketing director Waise Lee, and is known as the "Secretary Queen" in the company.  She is constantly fighting against the rivaling camp, which is led by sales director Tony Hung. Tony's secretary Ali Lee goes to work every day in "battle mode", using her beauty to cover up her mistakes. Flora sees this as nothing and easily wins with her intelligence. When the company decides to launch a new brand, it becomes the battleground for both sides. But surprisingly, upper management hires an outsider, Ben Wong, to be the marketing director of the new brand, to the great shock of Flora. Additionally, she is busy with helping the heir, Steven Cheung. The power dynamics in the company undergo a big shift. When Ben and Flora's former relationship as a married couple is eventually revealed, it drastically increases the intensity of political climate in the office. Even the boss and secretary relationship, which shares in times of honour and disgrace, takes on a new style every day.

Posted by miriamfanz at Sunday, February 11, 2018 No comments: