My Lover from Planet Meow

Email ThisBlogThis!Share to TwitterShare to FacebookShare to Pinterest
Labels: Bet Hur, Line Walker, My Lover From The Planet Meow, My Unfair Lady, Promo 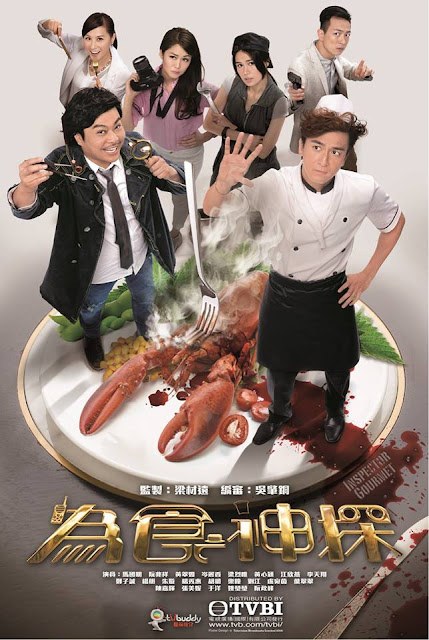 Internet celebrity chef Kenneth Ma is fired after accidentally exposing his boss in a scandal. He turns to his step-sister Alvina Kong to work as a private investigator. But Alvina has a condition - Kenneth must first persuade "Golden Tongue" Louis Yuen to join the private investigation firm. Kenneth is forced to continuously cook tasty foods for this mysteriously person. Later, he finds out that Louis was actually known as "Inspector Gourmet" back in the day. After several challenges, Louis finally agrees to join the firm. In the process, they meet a reporter who once had amnesia (Eliza Sam) and a car racer (Priscilla Wong). Both have different strengths and join the firm as well. The four of them form an odd detective team, yet they solve many cases. Kenneth sees Eliza as his goddess. To cater to her tastes, he frequently visits her favourite dessert store, where he meets pastry chef Jacqueline Wong and her cowardly boyfriend Oscar Leung and opens up a series of unusual cases...

After many hardships, Edwin Siu and Kristal Tin successfully establish the "Lo Shun Kei" brand in Hong Kong and Macau. However, this draws dissatisfaction from junket turned real estate developer Hugo Ng, who uses underhand tactics to suppress them. Edwin is betrayed by his trusted aide (Matt Yeung). Feeling that the world is too chaotic, Edwin travels to Japan to find a peaceful space. There, he falls in love with a mysterious girl (Grace Chan) and gets embroiled in a twenty-year old murder case! Meanwhile, Kristal's husband, Louis Yuen, suffers a brain injury from a plane accident and sees her as a stranger... In addition, Ruco Chan has returned to look for his old love, Linda Chung. Faced with these sudden attacks to their family, love life and business, how will Edwin and Kristal handle it?

The sub-theme song is "I Cannot Remember" (我記不起) by Linda Chung.

The theme song for Brother's Keeper II is "Who Can Change" (誰可改變), by Ruco Chan.

Posted by miriamfanz at Monday, August 22, 2016 No comments:

Undercover agent Charmaine Sheh receives a coded message from someone named "Blackjack" who claims he is an undercover agent that has lost contact with the police. Charmaine reports this to her superior Francis Ng and a search mission promptly begins. In the process, Charmaine is lured to a casino and discovers that Benz Hui, who had supposedly been killed, has "resurrected". Meanwhile, Francis finds out that a certain corporation is involved in a Brazilian drug deal. Blackjack's location is narrowed and the people involved in the deal include: the president of the corporation, strategic adviser Nick Cheung, Nick's top assistant Louis Koo and Benz, who is looking to make a comeback. Soon, everyone becomes aware that there is an undercover agent, making them all suspicious and threatened.