Eye in the Sky Theme Song

The theme song for Eye in the Sky is "Truth" (真相), sung by Alfred Hui and Hubert Wu.


Posted by miriamfanz at Tuesday, February 24, 2015 No comments:

Michelle Yim was in Toronto earlier for a Chinese New Year countdown event. Joe Tay was also at the event. What a great way to start the new year by meeting some TVB stars! 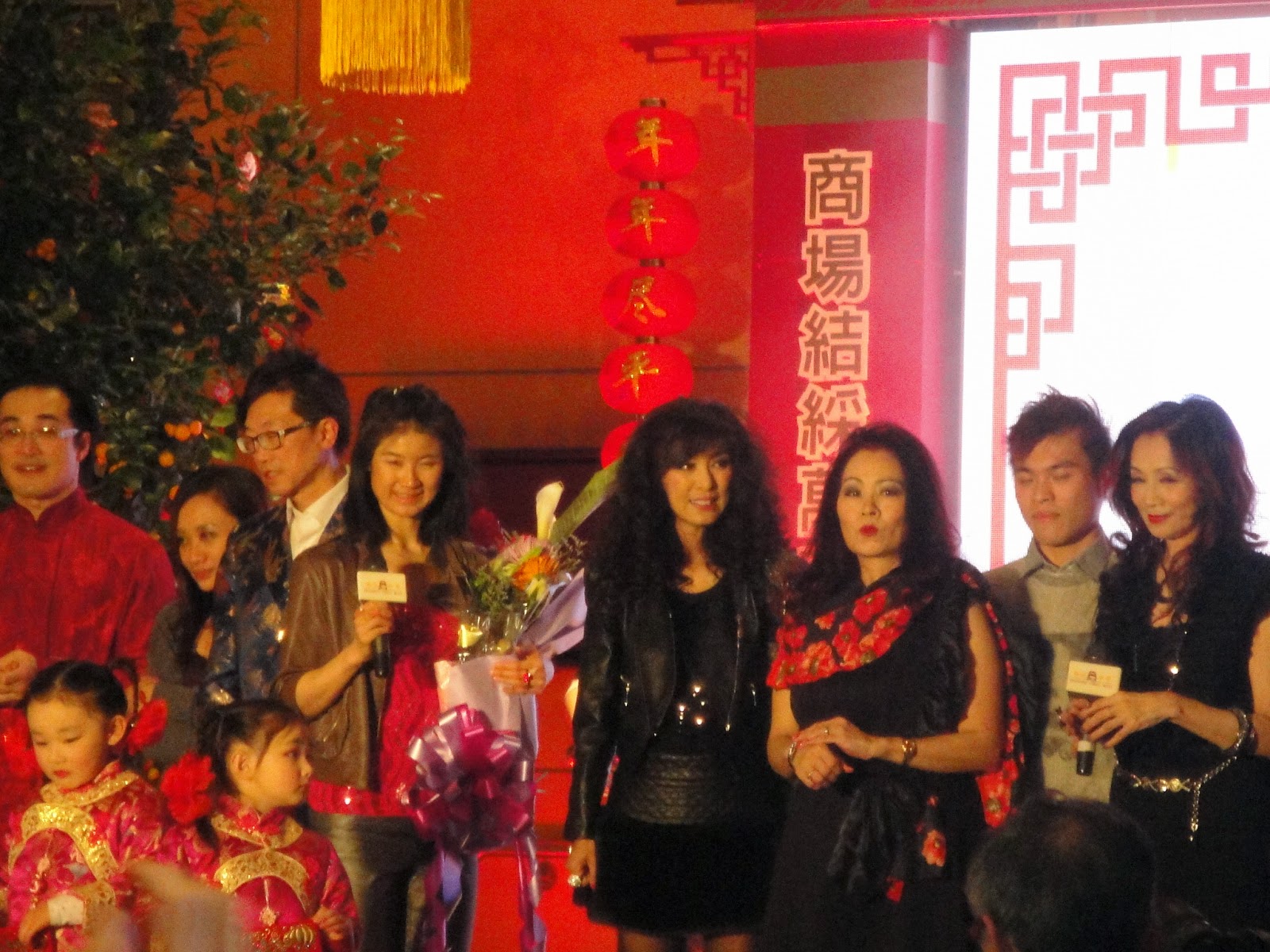 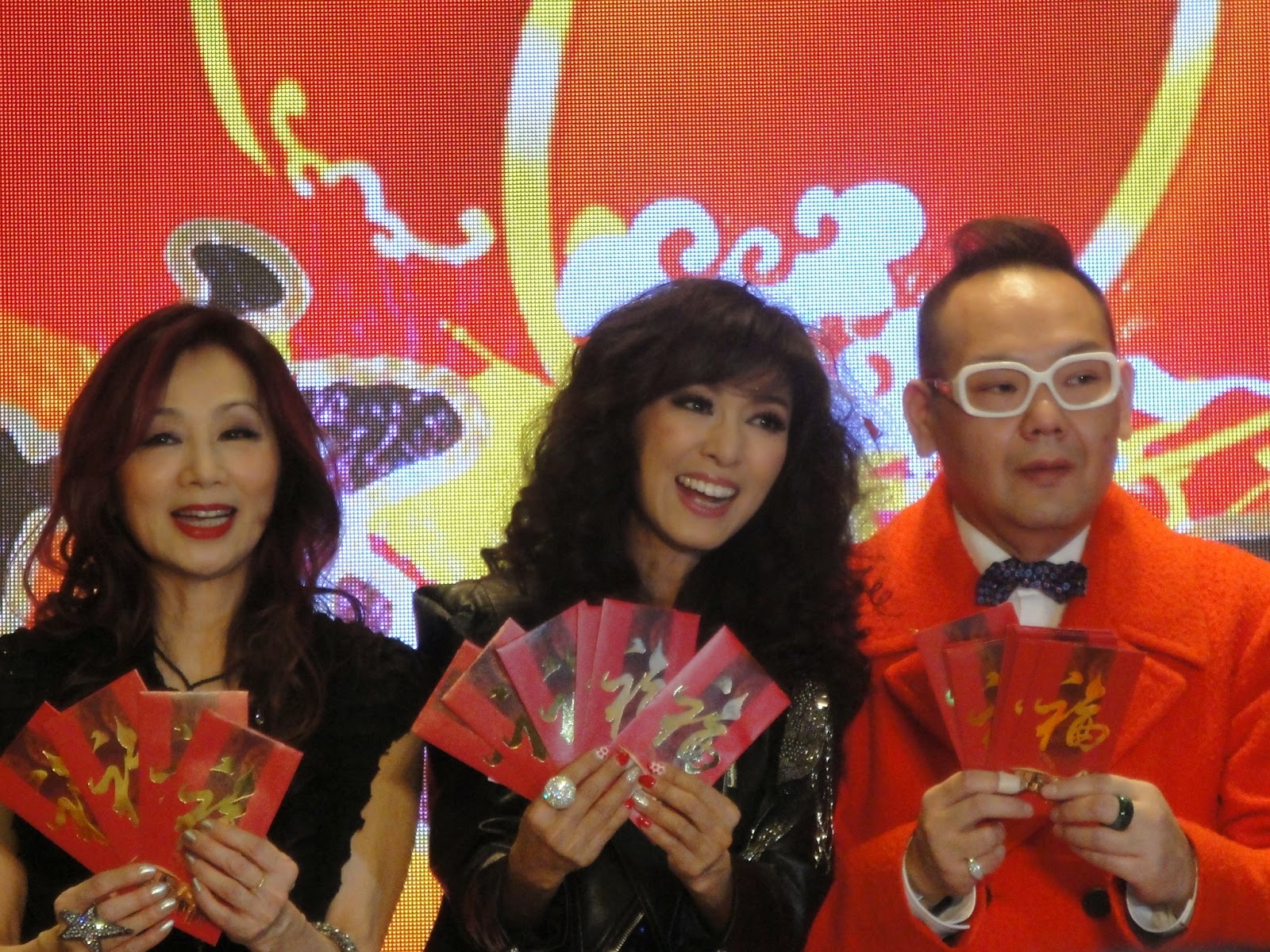 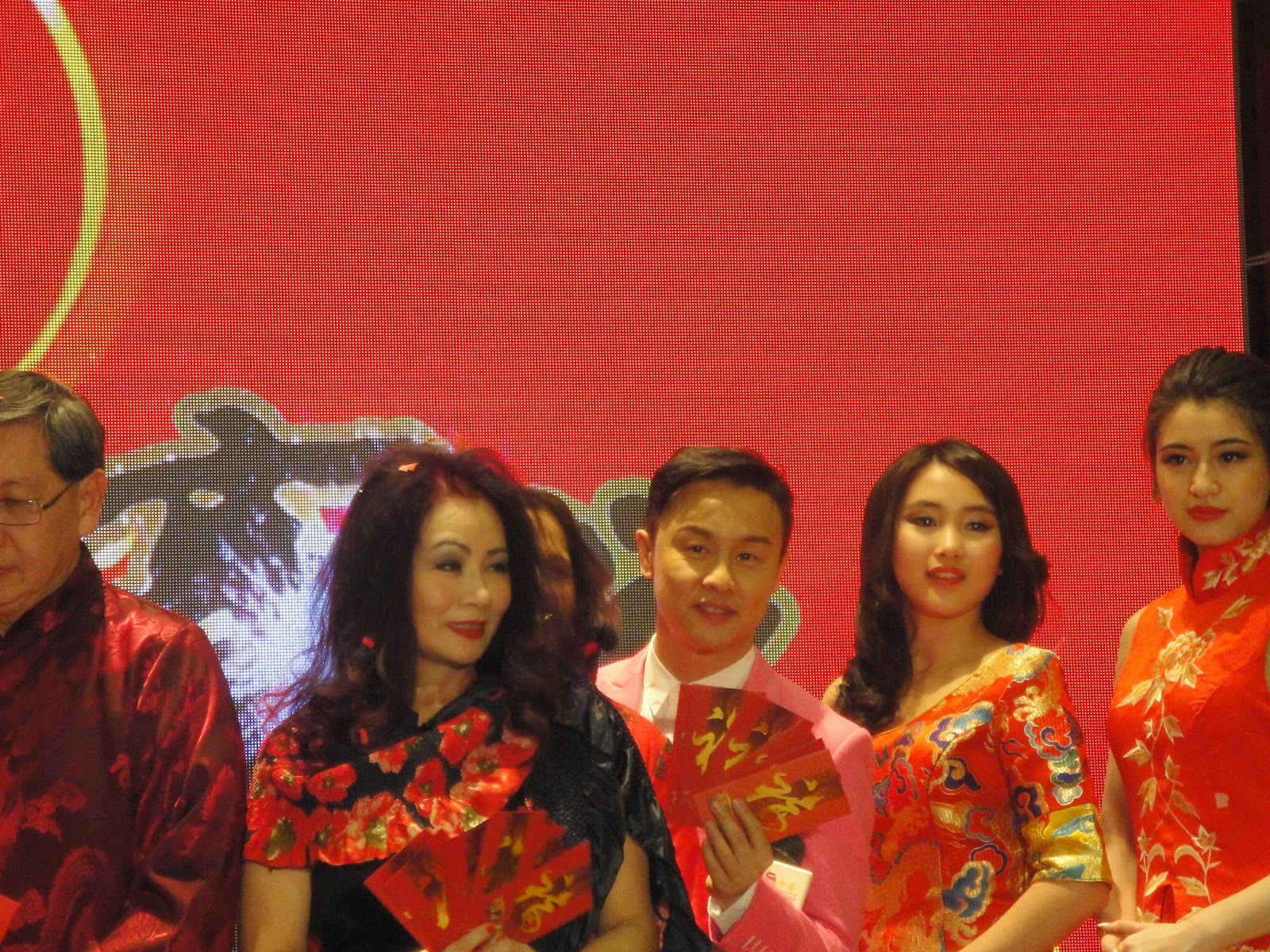 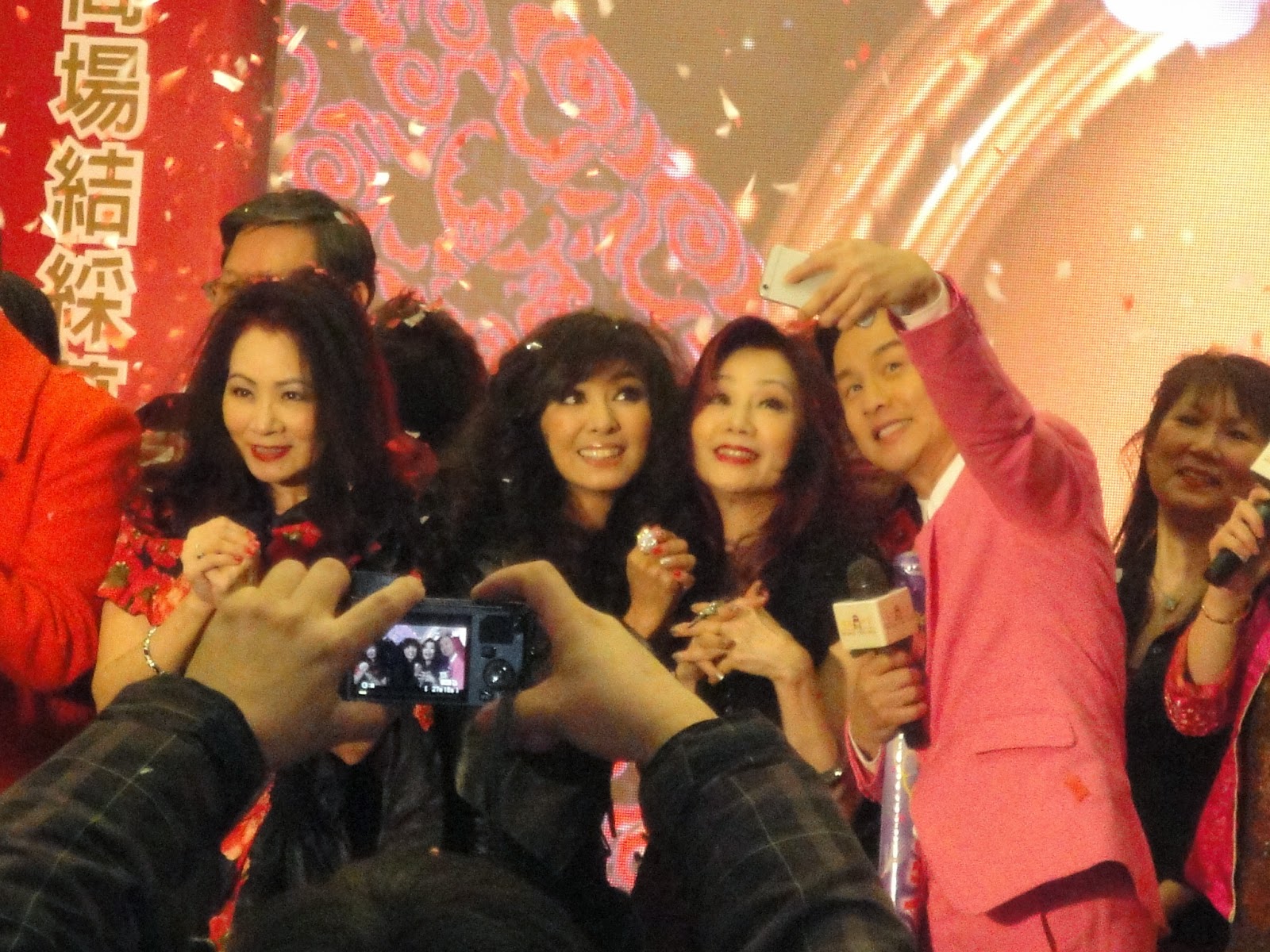 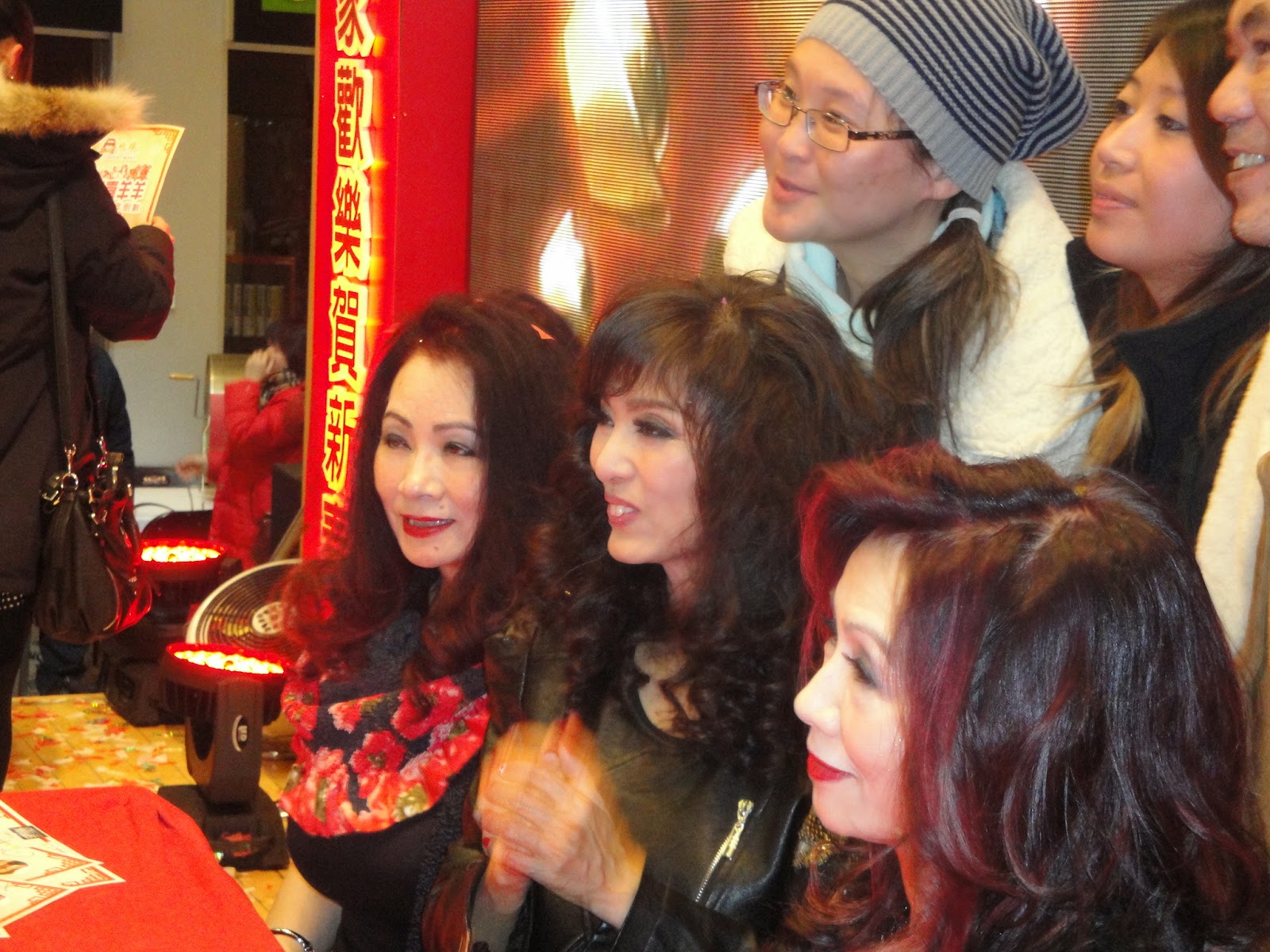 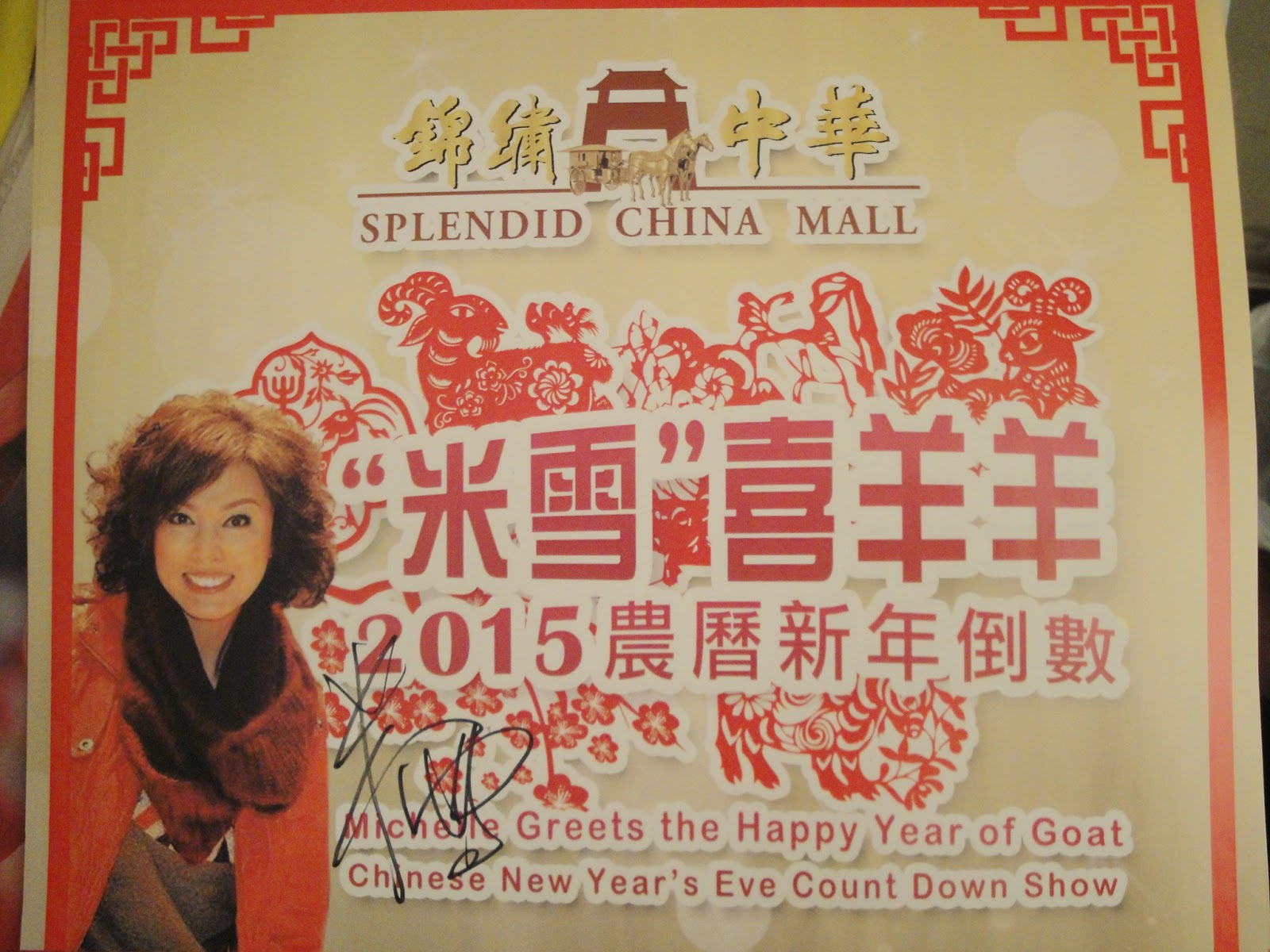 Posted by miriamfanz at Monday, February 23, 2015 No comments: 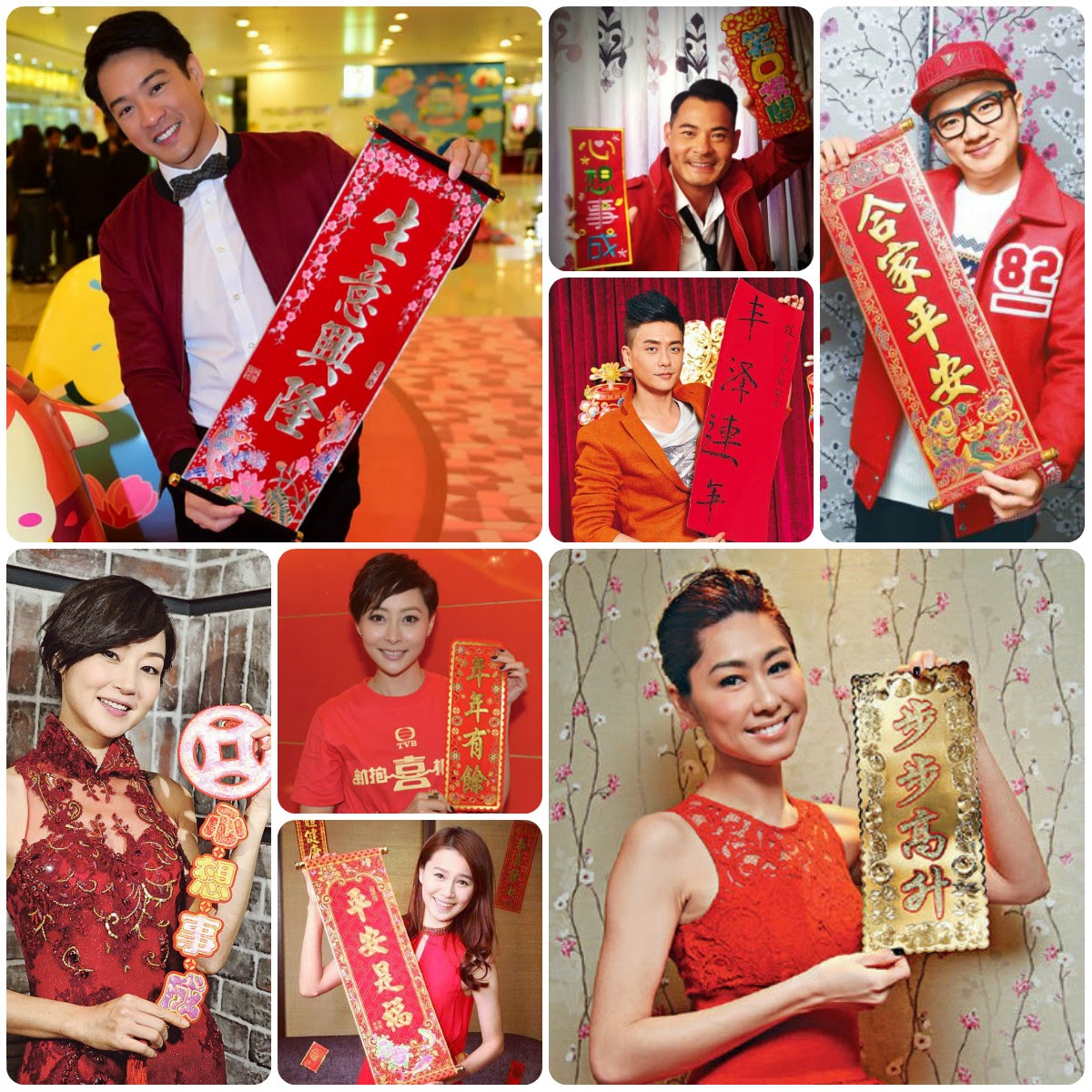 Happy Chinese New Year to all my readers!
May you and your loved ones have a wonderful Year of the Goat.
恭喜發財!

Posted by miriamfanz at Thursday, February 19, 2015 No comments:

The theme song is sung by Jinny Ng, named "The Best Time" (美好的時光).


Posted by miriamfanz at Tuesday, February 17, 2015 No comments:

Eye in the Sky Promo Clips

Overview - Eye in the Sky

Him Law and Sammy Sum became high school friends due to a cycling competition, but lost contact with each other after Sammy had to return to Taiwan for family reasons. Years later, they meet again at an accounting firm. Him's boss (Lin Xia Wei) likes to play office politics and often drives a wedge between colleagues. It causes a grudge between Him and Sammy. Fortunately, the secretary (Jinny Ng) is very considerate and encouraging towards Him. His mother (Michelle Yim) wants to make them a couple, but Him does not want to start a relationship because of his family burdens. This is until he meets Sisley Choi, who happens to be Sammy's childhood friend and a fellow accountant. However, Him is hesitant to move forward because of Sammy's feelings for Sisley. In addition, dealing with the office politics on a daily basis makes them lose sight of their goals in life. Finally, Him and Sammy decide to put aside everything and return to the cycling track to rediscover their fighting spirit and friendship.

Overview - Eye in the Sky

Former CID detective Kevin Cheng was forced to leave the police force due to suspicions that he was involved in an arson case. He joins a security company, where he meets Ruco Chan. As a former detective, Kevin has a reclusive character, but has a sharp eye that can catch tiny details from surveillance footage which are often the key to solving cases.  Ruco's thinking and style of working is similar to Kevin's and is also excellent at his job. The two become good friends and are looked upon favourably by their superior Lau Kong. This is until private investigator Tavia Yeung appears. Conflict arises when she mistakes Kevin for an old friend. It causes him to recall a long-forgotten incident, which turns out to be related to the arson case. Tavia, known to possess a human "eye in the sky", continues to investigate along with Kevin and Ruco, but as they get closer to the truth, the conflict between emotions and the law grow more fierce and the relationship between the three of them experience a big change...


Eye in the Sky Promo Clips

My "Spiritual" Ex-Lover is based on one of the short stories in Strange Tales from a Chinese Studio, written by Pu Songling.

The Story of Nip Siu-sin

Nip Siu-sin (聶小倩) is a girl who died at the age of 18 and lives as a ghost inside a temple. One day, a scholar named Ling Choi-sun (寧采臣) visits the temple, hoping to find temporary shelter. At night, he encounters the beautiful Siu-sin. She first tries to seduce him and then attempts to lure him with money. He rejects her both times. Admiring his uprighteousness, Siu-sin confesses that she is being forced by a demon to kill people. Upon hearing this, Ling enlists the help of his demon-slayer friend, Yin Chik-ha (燕赤霞), to kill the demon.

Ling then takes Siu-sin back to his home, where he lives with his mother and sickly wife. Initially, his mother appears to be afraid of Siu-sin. However, Siu-sin eventually wins over the elderly lady with her sincerity. Siu-sin continues to stay with Ling's family, doing the household chores and taking care of his mother. After Ling's wife dies, he marries Siu-sin. As she has been in contact with humans for a long time, she regains human qualities and has two children with Ling.

Pu Songling (蒲松齡) is a writer who lived during the Qing Dynasty. As a young scholar, his goal was to achieve success in the imperial examinations. However, despite doing well in the local exams, he never found success at the provincial level. Disheartened, he turned to writing. His most famous work is Strange Tales from a Chinese Studio (聊齋誌異).

Strange Tales is a collection of short stories featuring supernatural beings. The stories generally tell of an interaction between humans and the supernatural, such as ghosts, foxes, demons or other spirits. Legend has it that Pu Songling ran a teashop and offered free tea to any passerby who could tell him a story (although historians believe this is false since Pu Songling was poor for most of his life and would not have been able to afford to set up a teashop).

There are several themes in the book which reveals the author's views about society. Via his stories, Pu Songling criticized the corruption in the feudal system and imperial examination process. He also admired pure, faithful love between men and women, particularly between poor scholars and beautiful female spirits. In addition, he hoped to educated people by injected Confucian and Taoist moral principles into his stories.

At the advanced age of 71, Pu Songling was granted the rank of "gongsheng" (a top rank for scholars at the local level) in honour of his literary achievements. He died a few years later. Strange Tales was formally published after his death. The book is regarded as a classic for its rich content, brilliant structure, elegant prose and overall creativity.

Posted by miriamfanz at Thursday, February 12, 2015 No comments:

The theme song for My "Spiritual" Ex-Lover is "Repay Kindness" (報恩), sung by Nancy Sit, Edwin Siu and Evergreen Mak.

Besides Jessica Hsuan being named as the "Hostage Queen" by netizens, Mary Hon has also picked a title - "Most Heartless Mother" for abandoning her children in numerous TVB dramas. 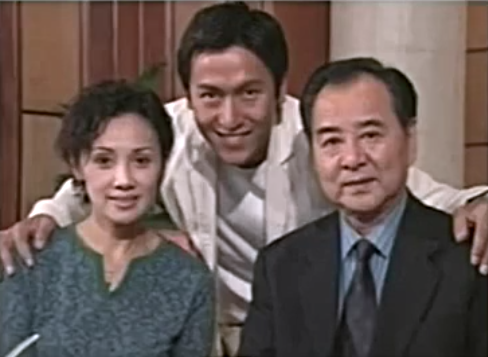 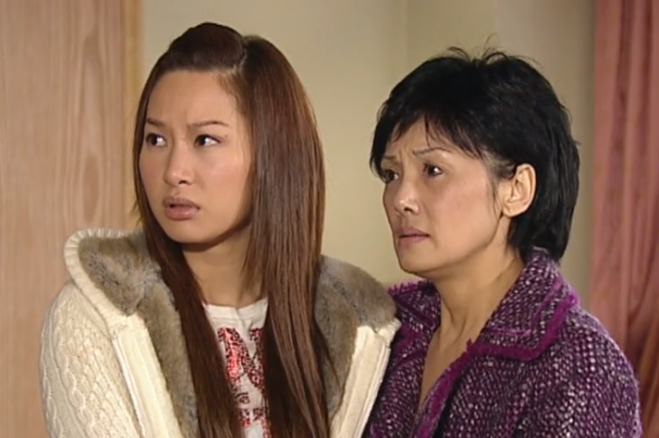 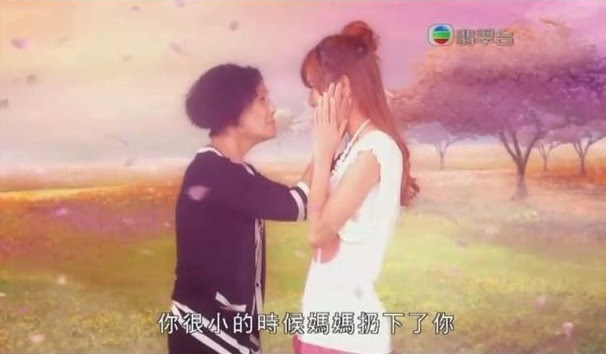 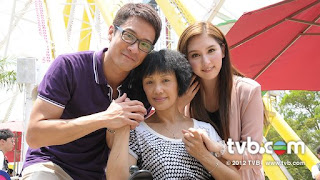 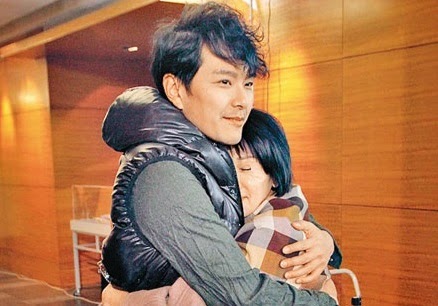 In celebration of Miriam Yeung's birthday today, here's a compilation of videos from her Let's Begin Concert 2015.


All credit to the respective video uploaders.

Posted by miriamfanz at Tuesday, February 03, 2015 No comments: 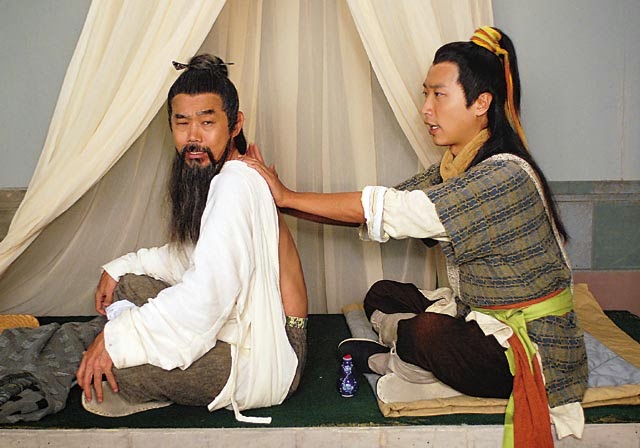 The tui bei tu is featured in the drama A Change of Destiny, although the poems used in the drama are not in accordance to the actual ones in the book.

The tui bei tu (推背圖) is a prophecy book that predicts the future of China. Its authorship is most often attributed to Li Chunfeng (李淳風) and Yuan Tiangang (袁天罡), who wrote the book at the request of Emperor Taizong of Tang. The tui bei tu is one of the seven famous prophecy books of ancient China.

The book contains 60 drawings, each with a corresponding poem. Each set of drawing and poem (excluding the first and last) is supposed to predict an event in Chinese history. The predictions span two millenniums, from the Tang Dynasty to the present.  Most scholars agree on the interpretations for the first 39 prophecies, but the remaining interpretations are significantly more controversial. By some accounts, 55 of the 58 prophecies have been fulfilled, while other sources have the number at around 47.


The book's name, which translates to "Back-Pushing Sketch", derives from its last set of poem and drawing. Allegedly, Li got so absorbed with the task that he predicted two millenniums into the future. Eventually, Yuan pushed him in the back and said "There is too much to say. Let's go rest instead."

Inevitably, the authenticity of the prophecies has been questioned. Since the poems and drawings are cryptic in nature, their meanings are open to interpretation. Moreover, the book was banned and ordered to be destroyed numerous times throughout history. There were multiple versions in circulation, thus making it difficult to verify the original contents.

Nonetheless, examining the events contained in the tui bei tu presents a good overview of the history of China from the Tang Dynasty onward.

#1: Introduction
#2: The Tang Dynasty will have 21 emperors
#3: The ascension of Wu Zetian to the throne
#4: The removal of Wu Zetian and resumption of the Tang Dynasty
#5: The An Lushan Rebellion and death of Yang Guifei
#6: The enthronement of Emperor Suzong and the quelling of the An Lushan Rebellion
#7: The Tibetans invade Tang China
#8: Multiple rebellions during the reign of Emperor Dezong
#9: The rebellion of Huang Chao

#25: The establishment of the Yuan Dynasty, which will have 10 emperors
#26: The uninterested rule of Toghon Temür

#27: The establishment of the Ming Dynasty
#28: The Jiangnan Campaign
#29: Three Yang ministers help create a golden age, known as the Rule of Ren and Xuan
#30: The Tumu Crisis
#31: The political power of Wei Zhongxian and Madame Ke
#32: The overthrowing of the Ming Dynasty

#33: The Qing Dynasty will have 11 emperors
#34: The Taiping Rebellion
#35: The invasion of Beijing during the Second Opium War and the burning of Yuan Ming Yuan
#36: Empress Dowager Cixi seizing power through the Xinyou Coup


*Prophecies #40 onwards deal with modern China. There is a lack of consensus for the interpretations, thus, I will not provide a translation.

Leave a comment if you want to know more about any of the historical events above.

Posted by miriamfanz at Sunday, February 01, 2015 No comments: