The theme song for House of Spirits is "Warmth of Love" (愛的溫暖) by Edwin Siu. 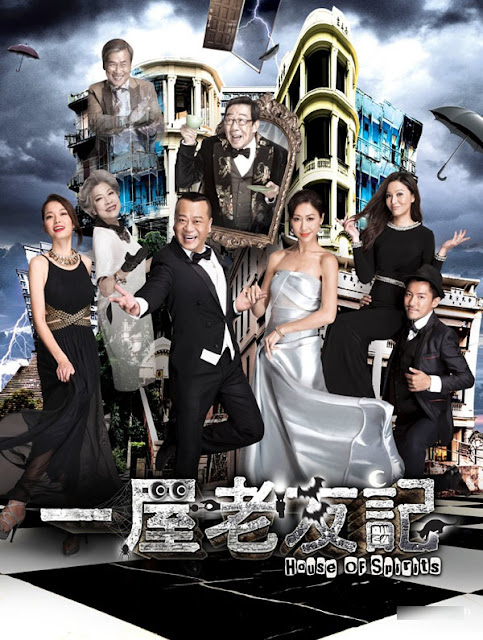 When his father (Lau Kong) suddenly dies, Bobby Au-Yeung, as executor of his father's will, summons his younger siblings home. According to their late father's wishes, the four siblings must live together for nine months before they can sell the house. Against her Mainland husband Tsui Wing's objections, Joyce Tang moves back to Hong Kong with her daughter. The profit-minded Jonathan Cheung and his equally snobbish wife, Koni Lui, immediately report home. Youngest brother Bob Cheung, who was on a work vacation, also returns home quickly upon hearing the news. Daily frictions occur between the family. Bobby discovers that a pair of happy spirits, Wu Fung and Helena Law, have been living in the house for a long time. The two seniors use their magic to help the family resolve disputes, but they often make things worse, producing many comedic moments. The old house is in need of repairs, leading Bobby to hire technician Nancy Wu. The two of them clash immediately and constantly squabble. But Nancy develops an indissoluble bond with the family and also finds a cure to her chronic insomnia...

Instead of TVB stars, I have been tracking down the 2016 presidential candidates. 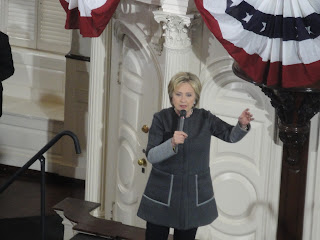 I saw Hillary Clinton back in February when she held a rally in Boston. The theme of her speech was breaking down barriers in America, a contrast to Donald Trump's promise to build a wall. Of course, she talked about how electing the first female President would break down one of the greatest barriers. Her speech was more substantive, with specific details on how to achieve her policy goals rather just ideals. 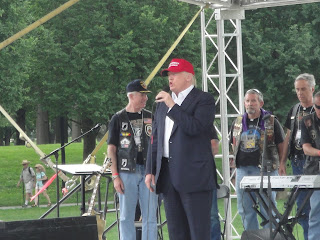 I saw Donald Trump at a rally in Washington DC. He gave a short speech which was clearly not pre-written. He just said whatever came to his mind. He focused on the military and veterans since it was the Memorial Day weekend. The one thing I was impressed with was his punctuality. The event was scheduled to start at 2 pm and he arrived on time, unlike the other two candidates who arrived hours late. 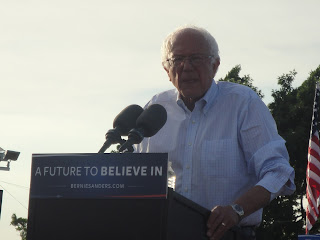 I completed my "stamp collection" with a Bernie Sanders rally in DC. Since Hillary had already clinched the nomination, I was wondering if he would be dropping out of the race. He didn't drop out, but it seemed like he knew the end was looming. He reflected on how his campaign exceeded all expectations and urged his supporters to continue the revolution that they started. He talked about all the inequalities in America today. 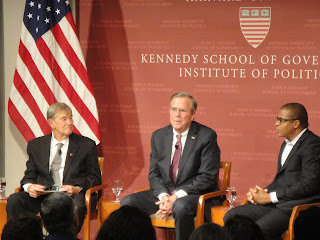 Another addition to my presidential candidates collection, even though Jeb Bush dropped out of the race a long time ago. He was delivering a lecture at the Harvard Kennedy School about education reform. The crowd gave him a loud round of applause when he entered the room. He offered some good ideas to improve education in America. It left me wondering about what kind of debate we would have had if it was Jeb running against Hillary.

Come With Me Promo Clips