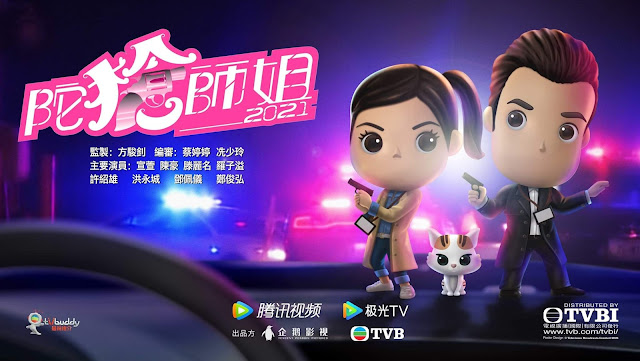 Inspector Jessica Hsuan has always been comfortable with managing files behind the frontlines. By chance, she solves a case alongside the original gun-carrying female officer Joyce Tang and charming Special Duties Unit officer Moses Chan. Her boss, Benz Hui, arranges for her to join the cold-case task force. Along with other "unique" officers, Moses leads the team as they investigate cold-cases that do not attract public attention. Moses is displeased with Jessica and they bicker until it is revealed that Jessica is afraid of using her gun because she was once held hostage. This actually sparks romance between them! Jessica re-encounters her former tutee, Him Law, whose entire family was killed. Him has joined the triads... Fueled by emotion and her consciousness, can Jessica pick up her gun again and become the new gun-carrying policewoman?
Posted by miriamfanz at Sunday, January 24, 2021 No comments: