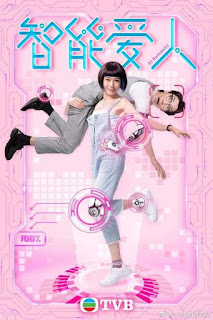 To help four family members in an unexpected mission, AI robot Ali Lee activates the self-learning mode and experiences all the emotions and desires of the human world. She even falls in love with an AI company executive. Her romantic rival (Crystal Fung) goes after her relentlessly at work and in private, vowing to completely destroy her! At the same time, Ali discovers a computer virus in her body and that her life is counting down…
Kids' Lives Matter 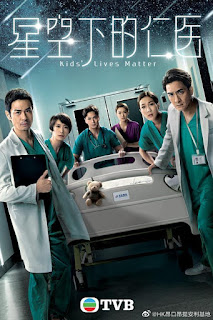 A surgery twenty years ago caused a fall-out between two pediatric interns, Kenneth Ma and Kevin Cheng. As time went by, Kenneth became a consultant in pediatric surgery at the top-rated Princess Anne Hospital, while Kevin, who only cares about saving lives, is at a second-rated hospital. The two of them go about their separate ways, until they meet again due to a liver transplant surgery. Their destinies become interconnected from that point.
Kenneth manipulates Kevin into joining Princess Anne Hospital, and also recruits his old friends, cardiothoracic surgeon Linda Chung and surgical director Catherine Chau, to build a perfect team. His objective to lay the groundwork to create Hong Kong’s first pediatric center. As they experience the life and death stories of sick children, Kevin and Kenneth eventually resolve their differences.
At this time, specialist Him Law and medical intern Bowie Cheung discover that the surgery from twenty years ago involved major medical malpractice and the responsible surgeon is Mimi Kung, the dean of medical school that Princess Anne Hospital is a part of. They decide to reveal the truth…
The Line Watchers 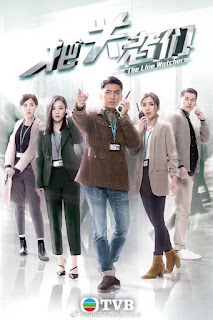 The Line Watchers is a story about Hong Kong’s customs officers. Intellectual Property Investigation Bureau Senior Superintendent Benjamin Yuen, Trade Controls Officer Mandy Wong, and Customs Drug Investigation Bureau Superintendent Venus Wong leads a group of elite customs officers and rookies. From eggs to atomic bombs, powdered milk to drugs, they are on standby on land, air and ocean as the face of the new “Smart Customs” program. This group, amidst personal adversities, is able to overcome difficulties and uphold the motto of “Commitment and Excellence,” contributing to the stability and prosperity of society and becoming gatekeepers that Hong Kongers can be proud of.
Sinister Beings 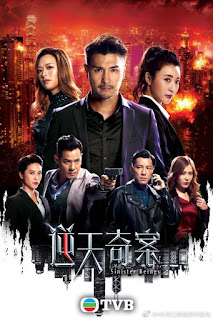 Ruco Chan is a stellar detective in the Organized Crime and Triad Bureau (OCTB). He is brave, competent, highly regarded by his superiors and admired by his colleagues, but his ultimate dream is to join the Special Duties Unit. Another elite OCTB detective, Ben Wong, has a shrewd mind and lots of experience. Although Ruco and Ben handle things differently, they appreciate each other’s talent and complement one another’s weaknesses. The police get ambushed by criminals and suffer heavy losses. To find the mastermind behind the plot, Ruco gives up his dream and stays at OCTB. Aside from that, Ruco and Ben face a series of complicated and unpredictable unnatural cases! The two of them use reverse thinking, psychological game theory and careful analysis to deconstruct a criminal’s thinking and motives! Nothing can escape from the nets of heaven!
Big White Duel II
Under the leadership of hospital director Roger Kwok and deputy director Kenneth Ma, Marshall Paxton Hospital has stories of doctors saving patients’ lives every day. Roger not only saves lives in the hospital, he also pushes for full disclosure of the drug formulary, so that no one will die because they cannot afford to buy medicine. Roger’s lofty ideals is questioned by oncologist Nancy Wu. She is parachuted in to be hospital director, rivalling Roger. Nancy is subdued by Kenneth’s charm and medical skills, but the one Kenneth cares about is emergency room doctor Natalie Tong. At the same time, Moses Chan, who has duel qualifications as an emergency room doctor and surgeon, retires from Doctors without Borders and joins the Marshall Paxton emergency room. He is highly regarded by Roger, but also the ex-boyfriend of Roger’s girlfriend, Kelly Cheung. This group of doctors meet each other in their romantic lives, but are diametrically opposed on medical reform. They still uphold the benevolence of a doctor and sing praises to the value and meaning of life.
Battle of the Seven Sisters 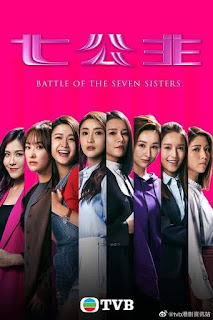 A low-key wealthy man (Lau Dan) leaves seven last wishes for his seven daughters, born from different mothers. Eldest daughter Priscilla Wong has a successful career, but her romantic life is a mess. She maintains an improper relationship with a married man (Gilbert Lam) and is alienated from her sister Samantha Ko. Samantha’s life was bumpy until she met manga expert Luk Wing and her life turns around. Priscilla and her half-sister Rosina Lam are on bad terms. Rosina cannot let go of her dead husband and mingles with her friend Timothy Cheng and an artist who resembles her dead husband (Tsui Wing). Fourth sister Kamen Kong’s two-faced character almost causes big trouble. Fifth sister Jeannie Chan seeks revenge against all the sisters because of her mother’s misfortune. Sixth sister Judy Kwong falls to her lowest point because she cannot break through a character flaw. The sisters discover their father also had a seventh daughter. The seven sisters, who are more like strangers, embark on a journey to search for family as their father’s last wish, while also finding their own self-worth…
Barrack O'Karma 1968
Yuppie Selena Li and her barrister boyfriend Joel Chan are not regarded as having good prospects together. Joel mysteriously disappears in the Golden Building. He is ultimately found, having escaped death, but he lost all of his memories. He used to have a wanton and unruly character, but he has now become a considerate and warm man. Although his appearance and body are the same, his personality and habits are vastly different, as if he is a completely different person. To solve this mystery, the only place for Selena to start is the Golden Building.
All sorts of weird people and things exist at the Golden Building, including a video-gaming team who charges into a virtual world to save their teammate, a mother and daughter who peddles in grief, a seemingly true, seemingly fake kidnapping story, and a Korean craze caused by comet particles. Joel and Selena’s love is more intense than before. They are a couple arranged by the heavens. But the person that Selena loves is not the real Joel, only the Joel that emerged from the Golden Building.
The Ringmaster 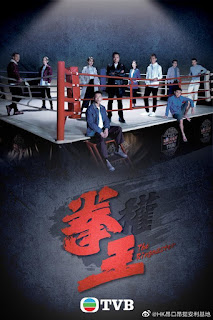 Life’s peaks and valleys is like fighting in the ring. Balancing between fame, wealth and love, and deciding between offense and defense happens within a moment. Faced with adversity, we fight hard to overcome obstacles and persevere. In the end, strength is not about being unbreakable, but about having the willpower to stand up after falling and to continue advancing. Life is always one person’s ring.
The Kwoks and What 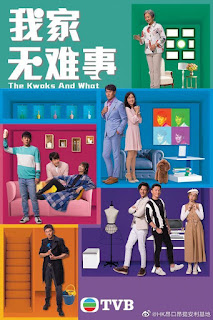 I, Joe Ma, am not young in age, but young at heart. Returning to Hong Kong from Malaysia, I planned to reach new heights in my career. But my mother is superstitious, my wife wants a divorce, my business encounters difficulties, my younger siblings despise me, and there is even a drug seller who spent twenty years in jail and claiming that he owns half of my mother’s house. There is no peace at home, but really, whose family has no difficulties? Luckily, I have enough life experience and everything is under control…
Murder Diary 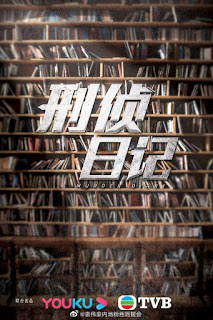 Kara Hui suffers from schizophrenia and almost poisoned her son Vincent Wong. Vincent is extremely frightened and a physically weak but kind alter-ego emerges. His alter-ego becomes a handwriting expert and psychological profiler, helping the athletic Vincent work as a cheerful undercover agent. Vincent uproots a criminal organization, but a series of weird cases turns him into a murder suspect. It also causes his sister to be frightened and lose her mind. To make up for abandoning her children years ago, Kara works as an assistant at the hospital to protect her daughter, but the knot between her and Vincent is difficult to untie.
The “Father of Criminal Investigation” Philip Keung, who recently recovered from bipolar disorder, recruits the duel-personality Vincent to join a special investigation team. Along with psychiatrist Benjamin Yuen, attractive bomb disposal officer Mandy Wong, Chief Inspector Chris Lai, forensic anthropologist Venus Wong, forensic entomologist Shiga Lin and novel editor Hana Kuk, who is always a suspect in the case, they battle against psychologically deviant and highly intelligent criminals and solve many horrifying cold cases.
Chinatown 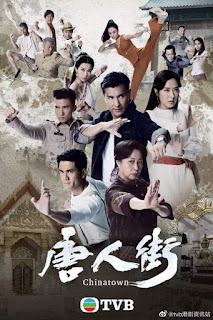 In the 1940s, Ruco Chan’s family arrived in the crime-filled Bangkok Chinatown. His father, along with Joel Chan’s father and another friend, tried to resist but sacrificed their lives. In addition, Ruco’s younger brother and sister accidentally go missing. His mother (Yuen Qiu) is hard hit by the news and becomes semi-insane.
Twenty years later, in order to find his missing siblings, Ruco steps foot into Chinatown again. He encounters the con artist Natalie Tong and they become frenemies. Joel has grown up to be a corrupt policeman, colluding with the two biggest triads, led by KK Cheung and Jimmy Au. KK’s only son returns to Bangkok with his fiancée (Grace Wong) and is assassinated, sparking a conflict between the two triads.
Ruco establishes an association for overseas Chinese and along with Natalie and others, they help the good while fighting against the evil. But the association faces many difficulties and almost collapses. There is still a long road towards their goal of achieving peace.
Shadow of Justice 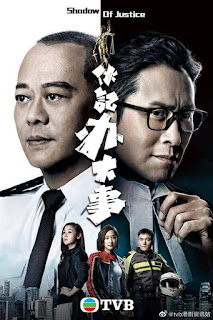 Bobby Au-Yeung, a new transfer to the Traffic Accident Investigation Unit, has an extremely high IQ and is able to solve complex and bizarre cases. Joe Ma is an outstanding lawyer, renowned for his unique values and outstanding defense skills. Matt Yeung of the Traffic Enforcement and Control Unit, is a mentee and friend of Bobby.
Bobby is deployed to the same police station as CID officer Joey Meng, whom he has good feelings for. Through a few cases, they have close contact… During the course of investigation, they discover that the righteous Jeannie Chan has close ties with triad member Pierre Ngo, while also seemingly involved in a relationship with Joe. Evidence of Pierre’s crimes gradually surface. Just as the police are about to reel him in, they discover that Joe, who has so far been uninvolved, is using Bobby’s longing for his dead girlfriend to set a trap for him to neglect his duties and commit manslaughter.
Posted by miriamfanz at Monday, March 15, 2021 No comments:

Promo clips featured at FILMART 2021 (excluding clips that are substantially similar to the TVB Sales Presentation 2021)
Chinatown
The Line Watchers
The Kwoks and What
Shadow of Justice
The Ringmaster
Sinister Beings
Posted by miriamfanz at Sunday, March 14, 2021 No comments: