The Tokyo Summer Olympics are finally upon us! If TVB had its own Olympic team, who would be on it?

Alex Fong: Alex famously represented Hong Kong in swimming at the 2000 Sydney Olympics. He once held nine Hong Kong swimming records and his 200 m backstroke and 400 m individual medley records were only recently broken. In 2019, he set a new swimming record for fastest swim around Hong Kong Island (45 km). 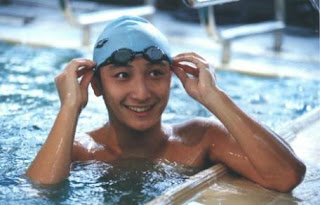 Dickson Yu: Dickson was a member of the Hong Kong swimming team in high school and represented Hong Kong abroad in youth competitions, including at the 2004 Queensland Open & Age State Championship and 2005 Australian Youth Olympic Festival. He retired in 2013 after not qualifying for the Asian Games. Dickson specialized in the butterfly style. 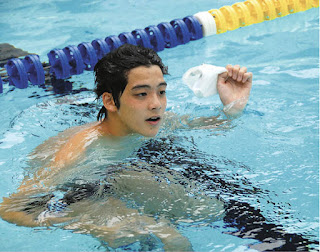 Susan Tse: Susan was a formidable swimmer back in the day and excelled in the backstroke. She was already swimming in competitions by the time she was 3 years old. At age 6, she was the youngest swimmer at the Hong Kong cross harbour swim. By age 12, she already had an instructor license. Susan achieved her best finish (5th) in the 1968 cross harbour swim. 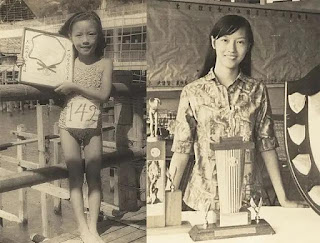 Cindy Lee: Cindy was a professional tennis player. At the highest level, she played at the Federation Cup (now Billie Jean King Cup), one of the top international tournaments for women’s tennis. Cindy is also an accomplished golfer, claiming multiple awards in charity tournaments. Athletics is in her DNA, as her mother and cousin were on the Hong Kong bowling team, her father and sister were avid tennis players, and another cousin was an Asian Games bronze medalist in swimming. 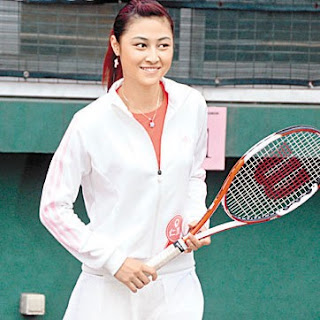 Stephanie Ho: Stephanie started golfing when she was 6 and by age 10, she was part of the Hong Kong national golf team. In 2010, she represented Hong Kong at the Asian Games. She retired from competition to focus on her music career, but in 2018, she dusted off her clubs to rejoin the national team. Stephanie said she hopes to make it to the Asian Games again. 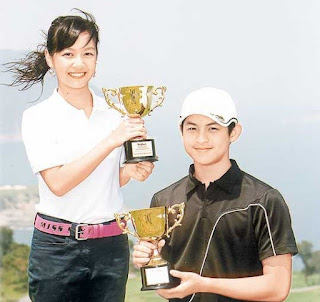 Ruco Chan: Ruco was recruited into a sports institute at the age of 13 and made it onto the Hong Kong youth table tennis team at age 15. At that time, he was the youngest table tennis player to represent Hong Kong in competition. He competed at the 1994 Commonwealth Table Tennis Championships. He quit after his coach left the team. 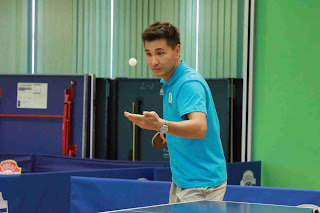 Tony Chui: Tony, who plays “Andy” in Come Home Love: Lo and Behold, is a former triathlete. He represented Hong Kong in three World Triathlon Championships and in five consecutive Asian Triathlon Championships from 1992 to 1996. His best result was a silver medal in the team event and 7th overall finish individually. Tony was an all-round athlete, participating in soccer, track and field and swimming competitions as well. In 2019, Tony proved he still had in it him by representing Hong Kong at masters (age 35+) track and field competitions in Singapore and Asia. 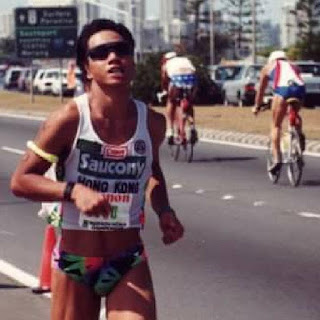 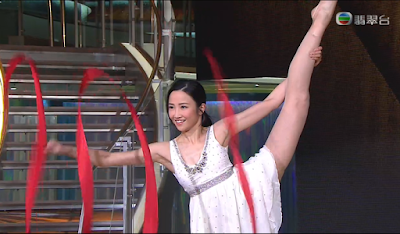 Sharlene Wong: Sharlene was also a member of the Hong Kong rhythmic gymnastics team and a national level athlete. She was awarded that recognition in 2009 when she placed first in the ribbon competition and fourth overall in the National Youth Competition. She retired in 2012 when she realized her body was not flexible enough anymore. Sharlene appeared on TVB even before joining the industry. She performed as a rhythmic gymnast at the TVB Anniversary Gala in 2014 alongside actresses from Never Dance Alone. She is now a host of Kids, Think Big. 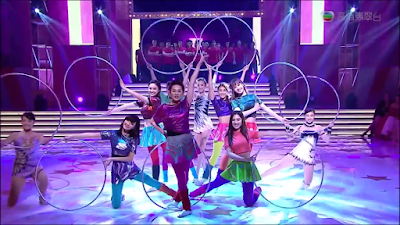 Tiffany Tang Yi Ching: Tiffany is a rising star in high jump. She has won in intercollegiate and Hong Kong wide competitions and represented Hong Kong at the 2015 China National Youth Games. She recently recorded a personal best of 1.77 m. Tiffany had a short stint as a host of Young and Restless, but left TVB last year to focus on training for the Asian Athletics Championships. 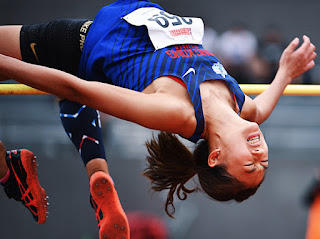 Last but not least, one of TVB's very own will be competing at the Tokyo Olympics!

Lawrence Ng Lok Wang: Lawrence is a former TVB child actor who has appeared in over 30 dramas. As a kid, Lawrence became interested in fencing because he thought the uniforms looked cool. Using the foil as his weapon, he is a five-time medalist in the Asian Fencing Championships and finished in fifth place at the 2016 Junior World Fencing Championships. He served as the fencing director for the fencing scenes in OMG, Your Honour before leaving TVB to become a full-time athlete. Last year, Lawrence and the Hong Kong team won bronze at the Fencing World Cup tournament in Cairo to secure a spot at the Tokyo Olympics. Look for Lawrence in the men's team foil competition at the Olympics. 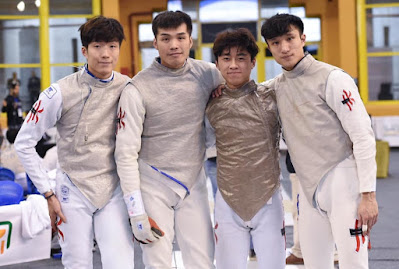 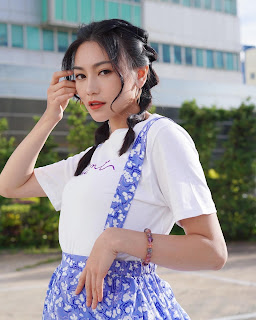 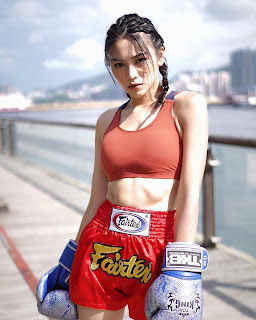 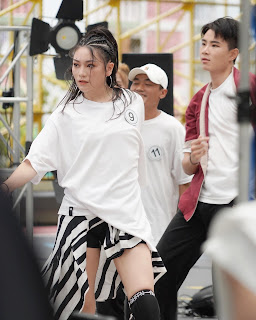 It’s time for another round-up of TVB’s variety shows under the direction of Eric Tsang and Wong Cho Lam. Through May and June, it felt like TVB was producing variety shows at a breakneck pace and ended up giving short shrift to its shows. Many of the concepts have potential, but was not given enough time to develop.
My top five most impressive performances:
5. Yuki Law and Marktwo Lee - For newbies, this was an impressive performance. Especially when Marktwo says his first line, I thought they were using Ron Ng’s voice.

4. Moon Lau and Tedford Wong - Moon and Tedford were better at dubbing characters outside of their age range than the three finalists.
3. Sisley Choi and Owen Cheung - They sounded as if they were playing the original clip. The chip goes through a lot of emotions and both of them were handled it well. Owen Cheung has always been more impressive doing imitations than using his own voice.
2. Yoyo Chen - Yoyo was able to speak in another dialect as if she was fluent and no one even taught her!

1. Joey Thye - I was most surprised by Joey’s performance. She sounds just like Grace Chan and even timed her breathing and crying perfectly with the clip.

Bonus: Coty Wong and Tinson Lung - They are instructors for a reason. Their performance was at the next level.
Posted by miriamfanz at Sunday, July 11, 2021 6 comments: 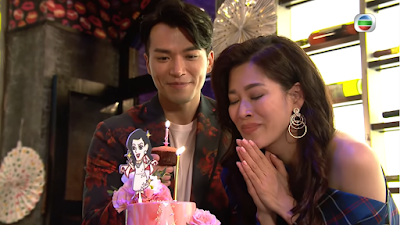 Casual TVB is 9 years old! Can you believe it? I missed the blog’s anniversary last year (because what was time in 2020?), so let’s see what I’ve done over the past two years.

It’s been years since TVB has given me reason to write posts, but the recent line-up of variety shows seem to be breathing new life into both TVB and this blog. Many fans may have already changed the channel on TVB, but I'm still around and hope TVB will continue to improve.

Email ThisBlogThis!Share to TwitterShare to FacebookShare to Pinterest
Labels: Blog 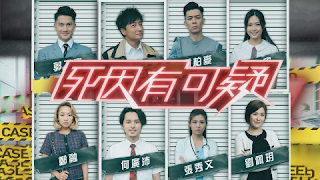 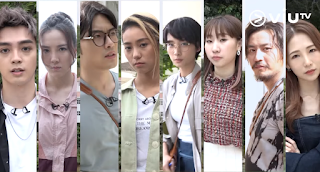 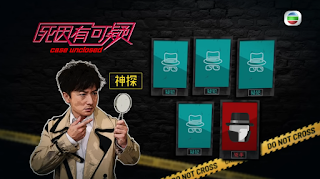 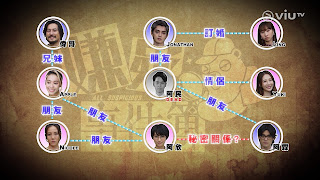 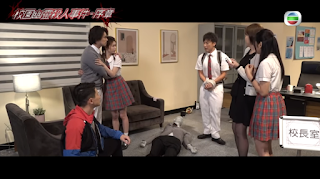 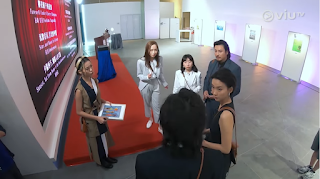 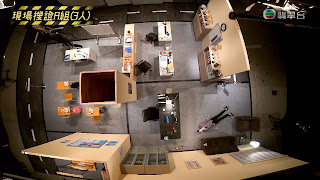 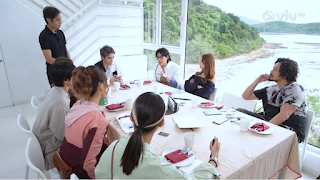 All Suspicious looked much more professional. The show was filmed in real locations, but did not suffer from the lightning issues that seem to plague non-TVB shows. The room set-ups were more realistic and spacious.
Verdict: All Suspicious. The production values looked better than expected and overall, looked more professional than Case Unclosed.
Overall: All Suspicious
ViuTV clearly took the more serious approach to producing their show and put together an all-around professional production. Meanwhile, TVB seems to have hastily clobbered together a show. You know you've lost the battle when you have to add a disclaimer that the show was made on a low budget to preempt criticism.
Posted by miriamfanz at Tuesday, July 06, 2021 No comments: