Edwin Siu is a poor scholar whose goal is to ace the imperial exam, but he has failed every time. He is temporarily staying at his sister-in-law Joyce Tang's lantern store and making a living as an artist. His eldest brother Evergreen Mak is a penny-pincher, while second brother Oscar Leung is illiterate and henpecked by his wife. His childhood sweetheart, Jinny Ng, is constantly pushing him for marriage. In addition, his father, Yu Yang, falls sick. Becoming desperate, Edwin unwillingly participates in Joyce's fraudulent tactics to sell lanterns. It leads to a huge battle between Taoist master Angela Tong and con-artist Ricky Fan. There isn't a quiet day in the household with bizarre things happening every day and everyone acting oddly. Edwin starts to notice that there is a female spirit (Nancy Sit) secretly protecting him. Unfortunately, her powers are not strong enough and often causes things to backfire, resulting in many comedic moments...


Posted by miriamfanz at Wednesday, January 28, 2015 No comments:

The theme song for Raising the Bar is "Me and You" (我和你), by Stephanie Ho.


The sub-theme song is called "Person in Front" (面前人), by Louis Cheung and Grace Chan.

Who are these TVB stars from their childhood photos?
(Play the other guessing games) 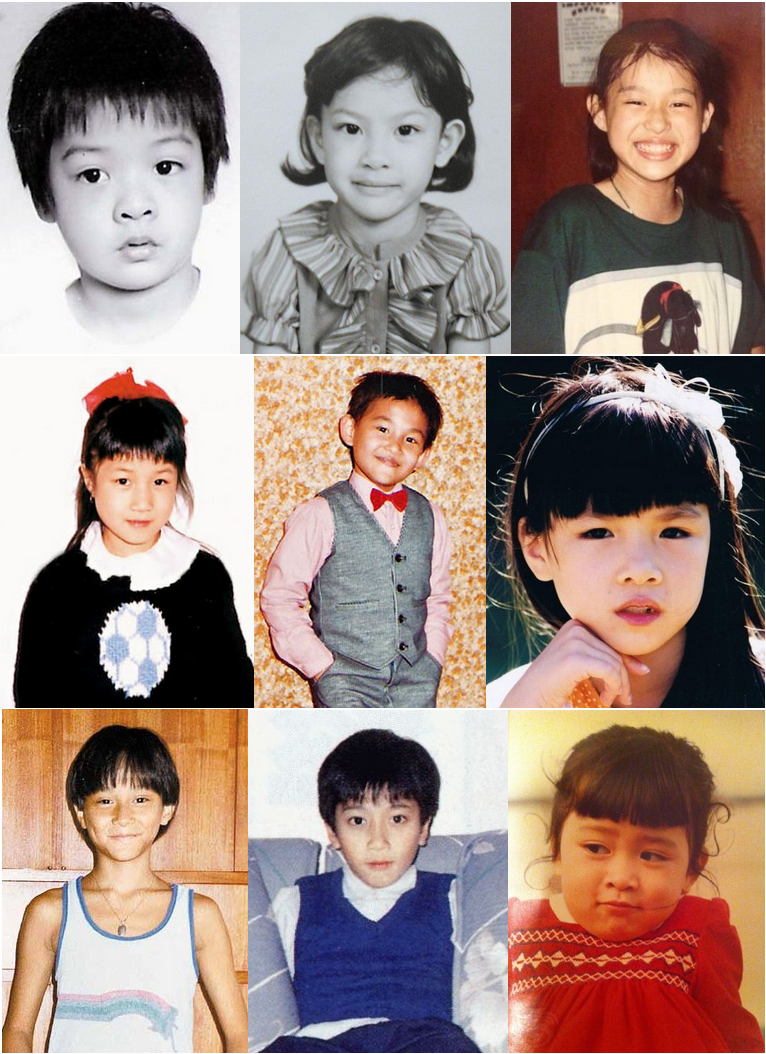 Email ThisBlogThis!Share to TwitterShare to FacebookShare to Pinterest
Labels: Games

Overview - The Virtuous Queen of Han

"She" is a common courtesan, without a flirtatious approach or noble family background, only relying on her wisdom, kind heart and a determination to establish a harmonious harem. Yet "she" was able to accompany the great Emperor Wu of Han for 48 years, gain the trust of concubines and servants alike within the competitive harem and make friends with high-ranking officials who were willing to sacrifice themselves to protect her. "She" is the first Chinese empress to receive her own posthumous title and is also the second longest-serving empress - Wei Zifu.

From a commoner to an empress, Wei Zifu's legend not only changed her own fate, but also made her family's achievements possible. Her brother, Wei Qing, was a brave, unbeatable general, while her nephew, Huo Qubing, led the military at age 18 and earned the honorary title "Marquess of Champion". Their remarkable military accomplishments deterred enemies from attacking and brought peace to the citizens.

Wei Zifu is not like a beautiful peony, but she carries a quiet gracefulness like an orchid, not contending, not showing off, not revealing. She ruled the country with optimism, perseverance and humility, winning the heart of Emperor Wu and the respect of the imperial court and harem. Her virtuous conduct has also won her praise and a good reputation in the eyes of future generations.

The Virtuous Queen of Han will air in Cantonese on Now TV starting January 19.

After watching the first episode in Mandarin and reading the synopsis, this series feels a lot like Beyond the Realm of Conscience with the super-goody two-shoes female lead. Not surprising since Miu Siu Ching is the producer, but I don't think I'm interested anymore because I can't stand all the goodiness.

A group of barristers and trainee lawyers vow to pursue justice and ideals, but the process is fraught with difficulties. Regarded as the "Condor Heroes" of the legal world, barrister Ben Wong and his wife Elaine Yiu have taught many students. Among them, Grace Chan, Jeannie Chan and Louis Cheung are Ben's favourites. Grace's classmate, Moon Lau, is a trainee solicitor at Elaine's law firm, while Stephanie Ho trains under barrister Timothy Cheng. Jeannie's half-sister, Natalie Tong, has an affair with the married Timothy and later switches over to work for Ben. With each of them using their own methods, how do these rookies become qualified legal practitioners, in a journey that is full of struggle, doubt and tough choices about their future? Theory turns into practice as they handle tricky cases and experience success and failures, while also dealing with love, family and friendship problems every day. Their biggest test arrives when legal standards challenge their personal orientations...

If Tiger Cubs II proved anything, it is that TVB cannot make a good sequel. Everything that made the first series enjoyable - the action, the adrenaline rush, the brotherhood and the brilliance of the SDU - is gone. It is replaced with immaturity and incompetence. The bad guys (including a group of handicapped people) ran circles around this supposed "best of the best" squad. In the first series, the SDU always came back with mission accomplished. In the sequel, I can't remember a case where they didn't fail in some way. Even the guest stars paled in comparison to the original, with only Nancy Wu and Johnson Lee as the biggest names.

The cases themselves had potential, but the ideas were poorly executed. The criminals could do whatever they wanted against the ineffective SDU team. But the SDU would always manage to take them out in the end with ridiculously convenient ways. The plot holes turned the whole series into a big joke. The punch line is of course the finale with the SDU getting run down at their own headquarters until they receive divine intervention by way of a bubble. The overarching case about Linda's blown undercover identity was muddled among all the other things that were happening.

Unlike the original series, which focused mainly on the action, the sequel tried to incorporate more conflict and emotion. That turned out to be the biggest undoing because every single character became annoying to watch. Ah Lai (Him Law) was immature, with his stubborn defence of his colleague and the poor handling of his relationships. Chin Sir (Joe Ma) was too laid-back as his team was falling apart and never even tried to explain himself. Ah Yuen (Oscar Leung) spends far too much time grieving. Ah Keung (Mandy Wong) was weak. And Madam Chung (Linda Chung)... she was in a league on her own. It is beyond me how someone of her mental fitness could pass the test to become a police officer again.

The acting from the cast makes the series twice as difficult to watch. Linda's performance can only be described as torture for the audience. It was a nightmare seeing those bulging eyes and clenched jaw. Her acting was as fake as the scars on her body. Joe was majorly lacking on the emotional scenes and had zero chemistry with Linda. Oscar lost his charm from the original series and was trying too much to force his signature winks in. Him and Mandy are relatively better than the rest, although they need to lighten up. Benjamin Yuen was unnoticeable except in one early episode. Timmy Hung does not leave much of an impression either. It says a lot when the best performances actually came from the guest stars, including Pal Sinn, Jade Leung and Nancy Wu.

The theme song for Madam Cutie on Duty is called "I'll Always Be Yours" by Edwin Siu.

Posted by miriamfanz at Saturday, January 10, 2015 No comments:

As a child, Priscilla Wong was teased for her ugliness. After an accident that required her to have plastic surgery, she firmly believes that beauty can change lives. Even after she enters the police force, she still cares about beauty more than anything. When a prostitution case reveals that a loan-shark company is operating inside a public housing community, Priscilla and fellow CID officer Edwin Siu are sent to act as a couple in order to obtain information from the housewives. They meet the "Housewives Trio" of Mandy Wong, Kaki Leung and Rachel Kan. To investigate the case, Priscilla is forced to give up her fancy wardrobe and cater to the housewives. She inadvertently picks up some housewife habits. Meanwhile, Edwin's cover as a technician earns him the nickname of "Sewer King" and many admirers. This makes Priscilla jealous, despite her crush on the popular guy at the police station (Hugo Wong). As Priscilla and Edwin argue their way through the case, they slowly develop feelings for each other. At the same time, they discover that the Housewives Trio are acting suspiciously and zero in on them as suspects. Suddenly, the appearance of a mysterious woman causes a big change to the case and everyone's relationship becomes increasingly complex...

Posted by miriamfanz at Tuesday, January 06, 2015 No comments:

The Police Career of Mandy Wong

Mandy was one of the first female officers recruited into the police force. She made her debut in the Criminal Investigation Department (Always and Ever).

Afterwards, she is assigned to the Patrol Sub Unit where she encounters Laughing Gor (E.U.) Inspired by Laughing Gor, Mandy joins the Criminal Intelligence Bureau to learn how to be an undercover. Her superior is none other than Laughing Sir! (Lives of Omission)

With a promotion to Probationary Inspector, Mandy is selected into the elite Special Duties Unit. Working first as a support staff, she later passes through rigorous tests to become the first female member on the operation team (Tiger Cubs I and II).

After Mandy receives a promotion to Inspector, she decides to take on new challenges. She serves in the Airport Security Unit before taking charge of the Emergency Unit (Sergeant Tabloid).

Mandy becomes pregnant and is transferred to the newly created Miscellaneous Enquiries unit. (Nothing Special Force) 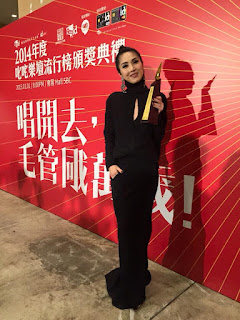 Posted by miriamfanz at Friday, January 02, 2015 No comments: