The theme song for My Dangerous Mafia Retirement Plan is "Under the Line of Fire" (火線下), by Fred Cheng.

From their childhood to becoming the top two figures in the mafia, Kent Cheng and Tommy Wong have stuck together through the thick and thin. When Tommy was imprisoned for killing a cop, Kent helped him look after his mistress, Alice Chan. But Kent and Alice secretly get married behind Tommy's back. Soon after, Kent retires from the mafia and opens a food business, living a plain life with his sister-in-law (Kingdom Yuen) and daughter from his previous marriage (Eliza Sam). Tommy gets released early and turns to Kent for support. Their brotherhood is tested, and it even fractures Eliza's relationship with her boyfriend Matt Yeung. As the family is falling apart, Tommy persuades Kent to make a comeback in the mafia. Kent's ex-wife Amy Fan reappears again after having been missing for many years and reveals an unknown secret. Everyone becomes implicated in a nerve-wracking mafia fight...

Case #1:
Inspired by her brother's girlfriend, Karmen Kwok joins the ICAC as an assistant investigator. During the initial training, she constantly makes mistakes, but her proactive attitude and dedication leaves a deep impression on instructor Ruco Chan.

While visiting her grandmother, senior investigator Natalie Tong overhears the neighbours talking about how Lawrence Cheng, a candidate for the District Council by-election, is bribing voters using clever tactics that circumvent the law. They all have a different view on whether Lawrence's actions constitutes as illegal. Natalie tells her superior Chris Lai about Lawrence's case. It turns out that the ICAC has already receive complaints and is preparing an investigation.

Case #2:
As Karmen completes her training, Ruco is also transferred back to the front lines. He partners with Natalie to investigate a case involving a wristwatch corporation bribing tour guides. As it is a complex case, principal investigator Elena Kong decides to personally participate in the investigation. They encounter many problems as they gather evidence. Ruco and his long-time girlfriend Elaine Yiu are each busy with work. Elaine makes huge profits in real estate and is gradually becoming blinded by money. One time, she mentions about a conspiracy between a real estate agent and an employee of the developer to fraudulently earn commission. Ruco points out that their actions may have violated the law and reminds Elaine not to join them. They part on bad terms.

Case #3
The ICAC receives case after case. Businessman Raymond Chiu is offering bribes to a senior bank officer, Jimmy Au. Elena assigns the case to Chris' team. The investigation takes a long time, but after a lot of hard work, the ICAC finally arrest Raymond and Jimmy, and lay charges on them. However, on the day of the trial, Raymond skips bail and absconds. At the same time, Elena suddenly faints and is hospitalized.

Case #4
With Elena in the hospital, principal investigator Kenneth Ma takes over a case involving a tobacco company CEO accepting bribes from cigarette smugglers. Kenneth personally leads the investigation. Because of the difficulty of obtaining evidence, Kenneth sends Kelly Fu to act as an undercover. During the course of the investigation, Kelly discovers that she is pregnant, but decides to continue on. At the same time, Kenneth and Ruco go to Saipan to find evidence in a thrilling adventure. Meanwhile, Ruco also participates in a fraud case involving real estate developers. He is shocked to find that his girlfriend Elaine is implicated in the case...

Case #5
Ruco investigates well-known businesswoman Florence Kwok for fraud. Florence is bribing her subordinates to falsify warrants in order to make profit. As the investigation reaches a mature stage, Kenneth leads the team to make the arrests. Florence subsequently deploys judicial tactics to delay the case and attempt to avoid trial. Meanwhile, Raymond, who escaped earlier, is arrested overseas and extradited back to Hong Kong for trial. Elaine is arrested by the ICAC for colluding with real estate developers to fraudulently obtain commission...

Posted by miriamfanz at Saturday, April 23, 2016 No comments:


A Time for Love II - Germany


A Time for Love II - Taiwan

Email ThisBlogThis!Share to TwitterShare to FacebookShare to Pinterest
Labels: A Time of Love, Come With Me, Promo

The theme song for Blue Veins is sung by Kay Tse, called "All Gods Confusion" (諸神混亂).


The ending theme song is "Unallowable by Heaven and Earth" (天地不容).


The sub-theme song is an English song entitled "The Only One" by Stephanie Ho. 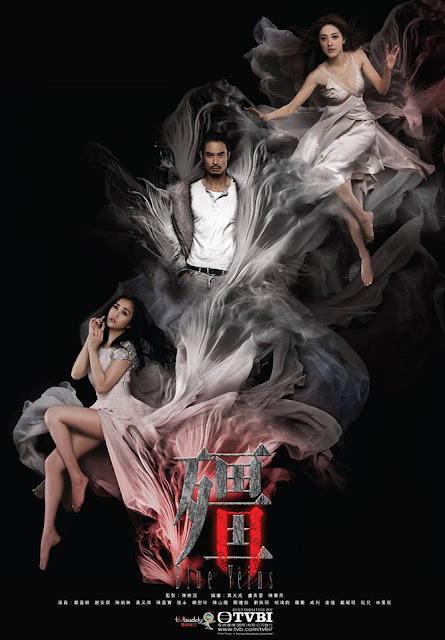 Five hundred years ago, imperial guard Kevin Cheng was ordered to exterminate the vampires. He encountered a rare severe thunderstorm and accidentally became immortal. Ever since then, he made it his personal mission to kill vampires. He travels the world and changes his identity every twenty years to conceal his secret. He has an encounter with forensic pathologist Kay Tse in the Netherlands. Although it was only a brief encounter, Kay develops a deep admiration towards him. Kevin's pursuit of the vampire Joel Chan brings him back to Hong Kong, where he discovers that Kay and Joel have an inextricable relationship. Kevin takes on the identity of a late-night restaurant owner and interacts with different customers every night in a bid to find new clues. In the process, he meets Kay's sister (Grace Chan), who resembles his wife from four hundred years ago, as well as Grace's university classmates, Anjaylia Chan and Winki Lai. He also teaches Wong Yau-nam and Luk Wing-kuen to be chivalrous. Kay gradually begins to notice abnormalities with her body. It turns out that an unbelievable secret is hidden within her. With the help of Kevin, she is finally able to return to a normal life, until the appearance of another immortal (Eddie Kwan). For his own selfish reasons, Eddie is determined to capture Kay. Meanwhile, Joel's vampire army is conducting activities in the dark. Being at the centre of the storm, Kevin, Kay and the others cannot avoid getting caught up in the several hundred years old war between vampires and immortals... 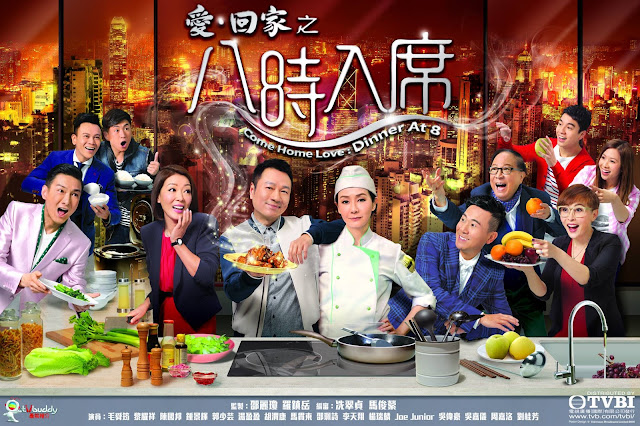 The television station that Wayne Lai works for is going through an eventful period. Management has brought in Florence Kwok to serve as general manager and implement major changes. The women's program that Wayne produces bears the brunt. On the first day of the show, there is an accident and Wayne has to improvise. He substitutes Teresa Mo, the newly transferred secretary from the accounting department, for the celebrity chef that didn't show up. The show becomes a big hit due to Teresa's eloquence and cooking skills. Wayne pressures Teresa to continue to host the show. Teresa agrees on the condition that her hair stylist friend (Angela Tong) does not get fired and that she has fixed working hours. It is because she has a younger uncle (Power Chan) and step-brother (Ricco Ng) at home, and preparing dinner on time is her natural duty. After her job description changed, this little woman uses all her secret weapons to deal with the demanding Wayne. In contrast, Wayne's career has reached a bottleneck and he is careful with every step. He is afraid that the assistant director (Veronica Shiu) that Florence sent him is a spy. But surprisingly, Veronica and Teresa hit it off immediately. They even intervene in Wayne and his father Chung King-fei's relationship, bringing unimaginable conflicts to Wayne and Teresa's families...