I Bet Your Pardon Theme Song

The theme song for I Bet Your Pardon is "Hollywood Has a Big Con Artist" (荷里活有個大老千), sung by Jackson Wan.

Posted by miriamfanz at Sunday, January 13, 2019 No comments:

Overview - I Bet Your Pardon 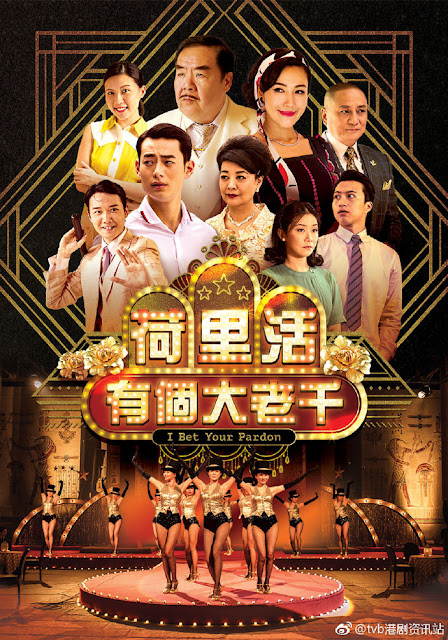 Con artist Kent Cheng is imprisoned after being set up by Chinese detective Kent Tong and his senior Paul Chun. Kent T. even steals his girlfriend, Angie Cheong. Five years later, Kent C. has become a renowned film producer. He has two assistants (Babyjohn Choi and James Ng), as well as his daughter (Ada Wong), whom he recently reunited with. When his junior Parkman Wong is murdered, Kent C. suspects that his disciple (Edward Ma) did it. The two face off on the gambling table... Ada confesses to her dancing teacher Angie that she has a crush on rookie director Dominic Ho. It leads to an unexpected reunion between Angie and Kent C. Angie steals Kent T.'s books with his illegal transactions and prepares to elope. Outraged, Kent T. tries to destroy the pair. As Kent C. is escorted to prison, he is broken free by a mysterious person. They plan a trap and vow to lure the tyrannical Kent T. inside.

Posted by miriamfanz at Sunday, January 13, 2019 No comments:

New year, new banner! Big thank you to Jacqueline (@jnewin10), a long-time friend of this blog, for designing this banner. It includes pictures from Succession War, Deep in the Realm of Conscience and The Learning Curve of a Warlord.

Posted by miriamfanz at Tuesday, January 01, 2019 No comments: