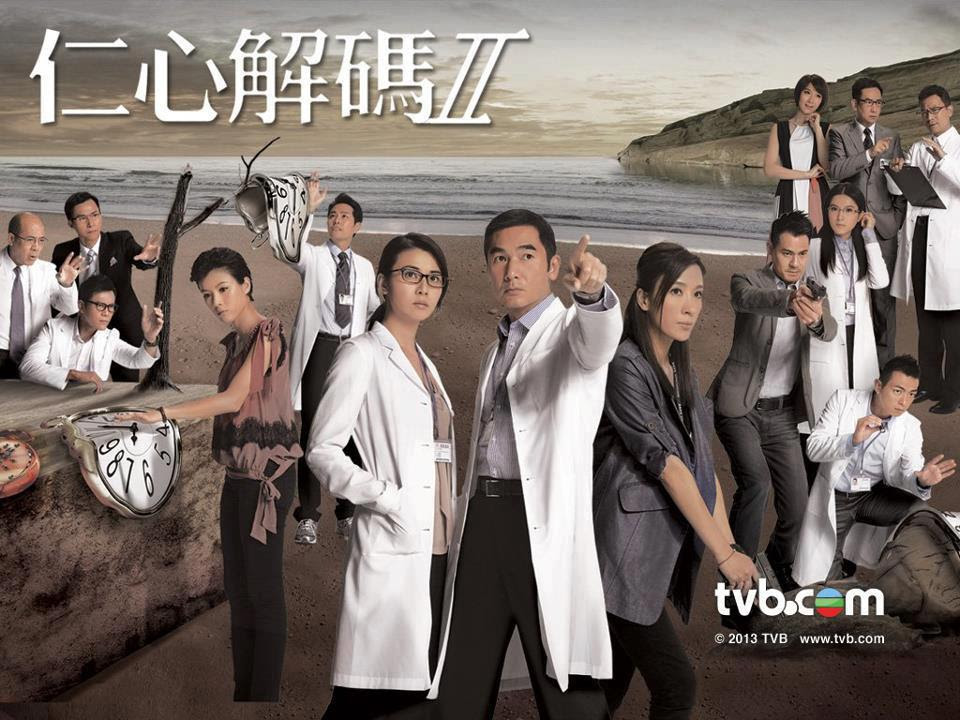 Plot:
Rape, murder, murder, murder. A typical crime investigation series, but with psychiatrists solving the cases instead of police, forensics or lawyers. This is a bloodier continuation of A Great Way to Care. The theme this time is “sane criminals pretending to be insane".

Review:
Watching A Great Way to Care 2 made me go back to watch the prequel and I must say the original was better. First thing to mention is how there was a bunch of reused actors, although that doesn't necessarily affect the entertainment value of the series. Recycled actors aside, there were a lot of similar cases, such as the religious cult, the schizophrenic (which has now been severely overused in police dramas), and the vigilante. The most important reason is because the original had a lot more focus on psychology. The sequel feels like a normal police investigation series. The first series had Alex Fong predicting the criminal’s next move or trying to elicit the truth from a suspect via psychological analysis. Here, Alex or the police solve cases by noticing clues that others have missed. In most cases, it was actually quite apparent that the criminal wasn't a psycho.

Comparing Tavia and Kate as the female leads in the first and second series, Tavia certainly had the more interesting character to work with. She was very impressive as the undercover prostitute and equally good as a crazy killer who took justice into her own hands. Alex Fong as male lead wasn't much different from the last series. At times, I find him to be a little slow-reacting, although maybe his character calls for that. I enjoyed his casual scenes with Yoyo Mung. Yoyo, though technically co-female lead, serves only as Alex’s love interest, and for the “daring” sperm donation request. I think she is at her best when she plays this type of loud-spoken independent character. Yoyo looks more compatible with Alex than Kate.

Why, oh why, does every sequel need to have a love triangle? Edwin Siu is arguably the real male focus of the show with plenty of screen-t. While I liked his witty, self-assured buck-toothed character, it was a drag to go through his love indecision. It was not helped by the fact that his partners were awful to watch. Aimee Chan still has very wooden expression and unexpressive speech, whether it is love scenes with Edwin or emotional scenes with her brother. Her Cantonese seems to be improving though. Or maybe it’s because Christine Kuo was worse. I can usually tolerate bad accents, but I honesty could not make out a lot of what she said. The Edwin-Aimee-Christine line took up too much screen-time that other relationships didn't get proper development. Namely, I wanted to see more of Tavia and Ben Wong because their relationship is actually important to her decisions in the end.

Other characters: Ben Wong actually had a huge personality change from the first series where he was extremely hot-tempered. This time, there is less spark in his character and performance. Ram Chiang doesn't have much to do in terms of solving cases and his relationship with Leanne Li was unnecessary because nothing happened in the end. Oscar Leung, Power Chan and Eric Li are mostly just sidekicks, but Oscar and Power manage to grab some attention with little habits. I liked Henry Lee’s character after he got friendly with the other doctors, especially that nosy look he has when trying to find out gossip.

In terms of case characters: Matthew Ko was not convincing as the religious cult leader and he smirks at all the wrong times. Pierre Ngo was a better cult leader in the original. Hugo Wong really let loose as a wild “Zeus”. Otto Chan did an admirable job as Aimee’s autistic brother; the way he communicates seems very real. The little scene in the end with his girlfriend was cute. Lee Yee Man tried too hard to look evil with the deathly stare.

All in all, the cases aren't the most unique or memorable, but it’s enough to keep the series moving at a good pace. Sequels rarely live up to original expectations, but at least this one didn't completely fall flat.

Related posts:
Overview and Preview of Cases
Theme Song "Enclosure" by Edwin Siu
Reincarnations in A Great Way to Care 2