The “Unequal Treaties” (不平等條約) refers to a series of one-sided treaties signed between China and other countries during the late-Qing Dynasty. Western empires, such as the British, French and Russians, used their military might to force enormous concessions from the weak Qing court. In effect, these treaties opened up China to foreign trade and infringed on China's sovereignty.


The 1st of the unequal treaties was the Treaty of Nanking (南京條約), signed with the British Empire to end the First Opium War. The most famous repercussion of this treaty was the cession of Hong Kong to Britain. China had to open five trading ports, where British citizens were free to trade and reside while being exempted from Chinese law. The Qing court was also forced to pay a sum of 21 million dollars to cover for Britain’s losses during the war. A supplement treaty was signed afterwards to clarify and add to the terms of the Treaty of Nanking.

Following the Treaty of Nanking, the United States and France both forced China to sign separate treaties giving them similar rights as the British. In addition, the Americans and French secured the right to build churches and cemeteries. As a result of the French treaty, the Qing court had to rescind a previous imperial edict that had banned Christianity in China. 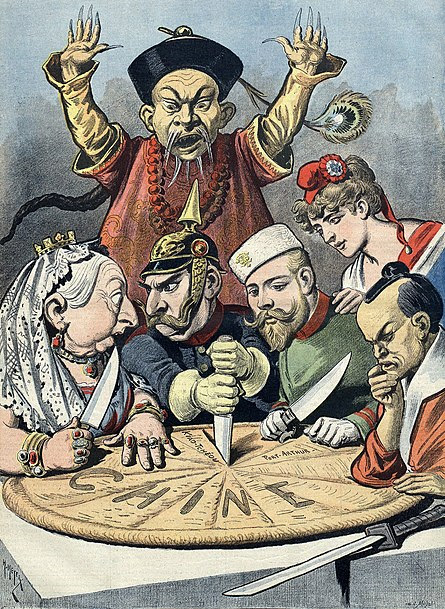 The treaty that has been mentioned in The Confidant is the Treaty of Tianjin (天津條約), signed with Britain, France, Russia and USA during the Second Opium War. Among the terms, China was to open ten additional ports to foreign trade. Foreigners were granted permission to travel into the interior regions of China and navigate ships on the Yangtze River. Each of the countries was also allowed to establish diplomatic offices in the capital city Beijing. The Treaty of Tianjin was supposed to end the war, but the war resumed when the Chinese tried to block the British and French armies from escorting their envoys to Beijing.

The British-French alliance invaded Beijing, causing the Xianfeng Emperor to flee the capital and leaving Prince Gong in charge of negotiations. Prince Gong reached an agreement with the British, French and Russians, known as the Convention of Peking (北京條約). Its first condition was for China to ratify the Treaty of Tianjin. Additional monetary compensation was given to Britain and France and one extra trading port was opened (besides the ten ports named in the Treaty of Tianjin). China ceded the Kowloon Peninsula to the British as well. In terms of religious freedom, all Christians (whether foreign or Chinese) were free to conduct missionary activities and enjoy the protection of the Qing court.  The Convention of Peking ended the Second Opium War.

As the Qing Dynasty continued to decline and eventually was abolished, China was forced to sign more unequal treaties (see list). With World War I, China was at war against Germany and Austria-Hungary, terminating any treaties signed with those two countries. The treaties with Japan and Italy were similarly terminated with World War II. Later, Britain, France, Soviet Union and the United States voluntarily gave up their rights under the treaties. With the handover of Hong Kong and Macau in 1997 and 1999, respectively, the majority of the consequences arising from the unequal treaties had ended.

Posted by miriamfanz at Thursday, December 13, 2012