The Police Career of Michael Miu

Michael Miu joins the police force after graduating from high school and is assigned to the Criminal Investigation Department. He proves to be a brilliant detective and solves many cases, but eventually quits to run his own detective agency. (Into Thin Air).

After several years, Michael decides to return to the police force as an instructor at the Police Training School. One of the cadets is Officer Ron Ng. (The Academy)

Next, Michael oversees a massive undercover operation in a mission to take down the triads (movie Wo Hu)

Following the mission, Michael is promoted to Senior Inspector. He collaborates with Foon Hei Gor during a hostage situation. (movie McDull, The Alumni)

He transfers to the Narcotics Bureau and works under Ben Sir. (Highs and Lows) 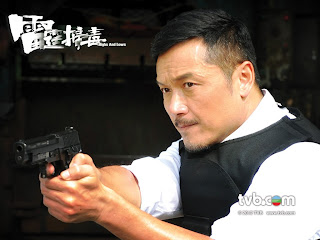 At the Criminal Intelligence Bureau, Michael twice has to go on a mission to search for missing undercover agents. He comes into contact with Foon Hei Gor again, who has now defected to the triads. Michael is promoted to Chief Inspector and later, to Superintendent. (Line Walker and Line Walker: The Prelude)

Michael takes command of the elite Special Duties Unit before transferring to the Organized Crime and Triad Bureau, where he is reunited with Officer Ron Ng. (Flying Tigers)