The golden couple of Bobby Au-Yeung and Esther Kwan will soon be reunited on-screen in Always and Ever. But it turns out they have already been through three lifetimes of fate...

1. Their first collaboration was in Taming of the Princess (醉打金枝), which won them the Most Comedic Pairing award. Esther was a spoiled princess who sneaked out of the palace and met Bobby, a restaurant owner. 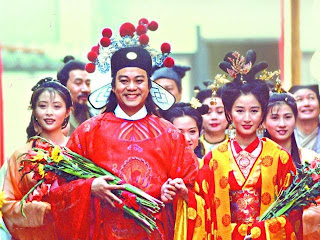 2. They join together again to bring more laughter to the audience in A Recipe for the Heart (美味天王). Bobby is a master chef who trains Esther to become a chef so that she can manage her family's restaurant. 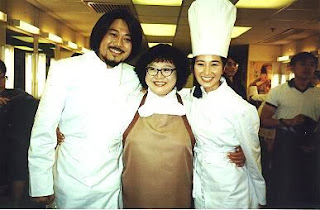 3. Armed Reaction (陀槍師姐) is their most memorable collaboration. Esther is a strong-willed policewomen who is able to recover from her divorce with the support of Bobby, a fellow police officer.

They were also in The Legendary Four Aces together, but was not paired as a couple. Esther was paired with her then-boyfriend (now husband) Nick Cheung.

Email ThisBlogThis!Share to TwitterShare to FacebookShare to Pinterest
Labels: Always and Ever, Bobby Au-Yeung, Esther Kwan