Overview - A Change of Heart

Business mogul Michael Miu does not hesitate to use ruthless tactics when pursuing his money-making ideas. Unfortunately, he suffers from a serious heart disease and can only survive with a heart transplant. Coincidentally, his doctor, Bosco Wong, dies in an accident and has a suitable heart for Michael. After the surgery, Michael has a huge personality change, becoming friendly and casual, just like how Bosco used to be. His resemblance to Bosco leaves his wife (Joey Meng) and Bosco's fiance (Niki Chow) in a confused state. The relationship between the three people begin to change.

Bosco's twin brother (also played by Bosco) returns to Hong Kong and meets the people that had been in his brother's life. He finds that he is developing feelings for Niki, but also gets involved with "PR lady" Mandy Wong. Meanwhile, Michael invites Bosco to work in his company. With Michael's backing, Bosco quickly rises through the corporate ranks. Bosco see Michael as a mentor and treats him like a family member, until he discovers his brother's death wasn't an accident... 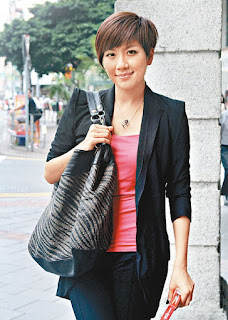