Been wondering just how many TVB theme songs Jinny Ng has sung? 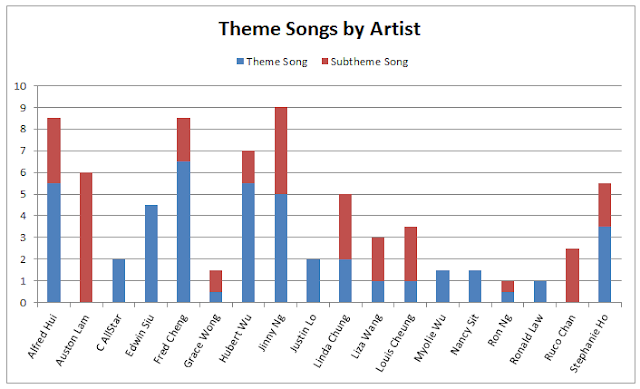 The analysis includes the official theme and sub-theme songs from series that aired from January 2014 to July 2016. It includes Come Home Love, Return of the Silver Tongue and Coffee Cat Mama, up to Between Love & Desire. Only artists who have participated in at least two songs are shown in the graph.