It's that time of year again - the first day of school the StarHub Awards! Voting runs until October 8 (vote here). Only those with Singapore ID can vote, but that won't stop me from making my picks: 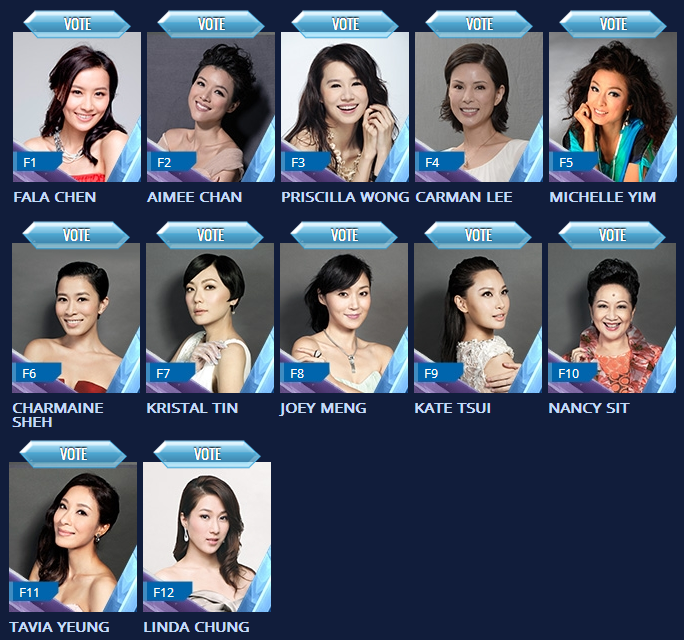 So happy that Carman Lee is on the ballot!

Runner-up: I'll go with Charmaine Sheh who has been missed at TVB.
Least favourite: Priscilla Wong.
Notable Omissions: Surprising that Selena Li is not on the list, considering she filmed a Singaporean drama too. 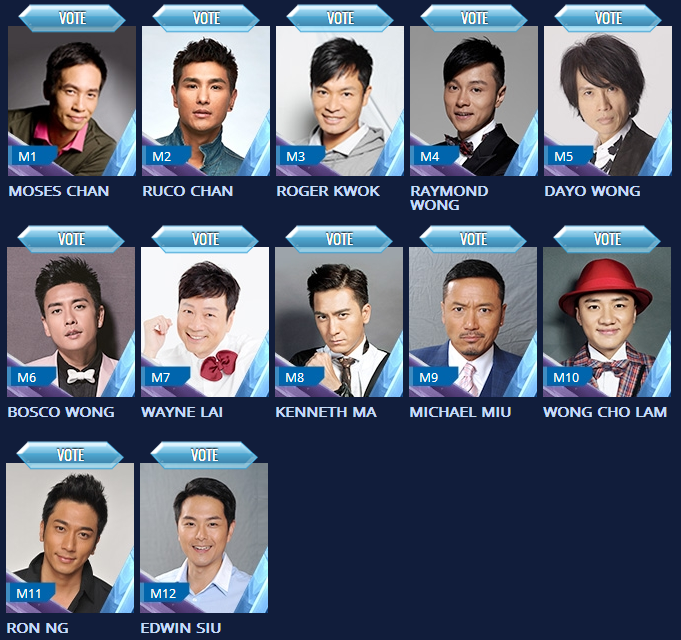 Roger Kwok is the hot favourite right now. He can do good roles and evil roles equally well. 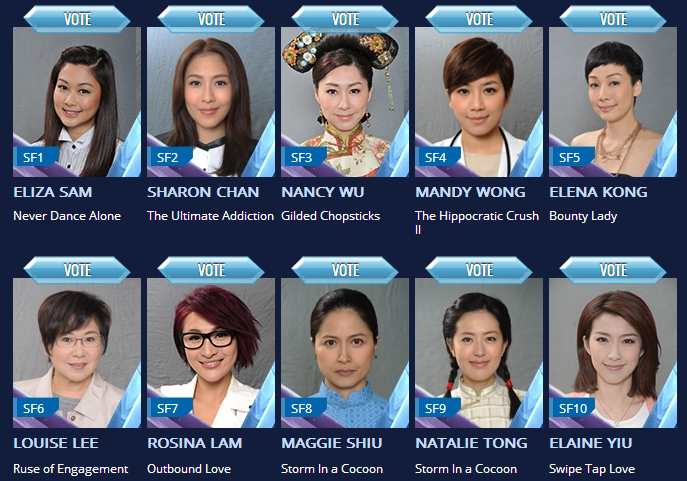 I'll give my vote to Elena Kong. Her role in Bounty Lady was quite refreshing from her usual roles.

Runner-up: Mandy Wong or Nancy Wu.
Least favourite: Sharon Chan was not convincing as a high-ranking madam at all.
Notable Omission: May Chan is adorable in Bounty Lady or Black Heart White Soul. 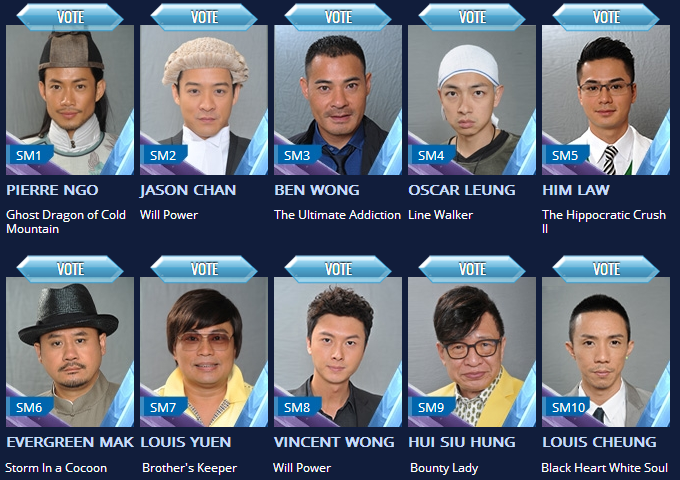 Louis Cheung really did a good job in both Black Heart White Soul and Brother's Keeper.

Runner-up: Hard to choose... everyone is a solid actor.
Least favourite: Jason Chan wins by a landslide.
Notable Omission: Tony Hung deserves a mention for his role in Rear Mirror. 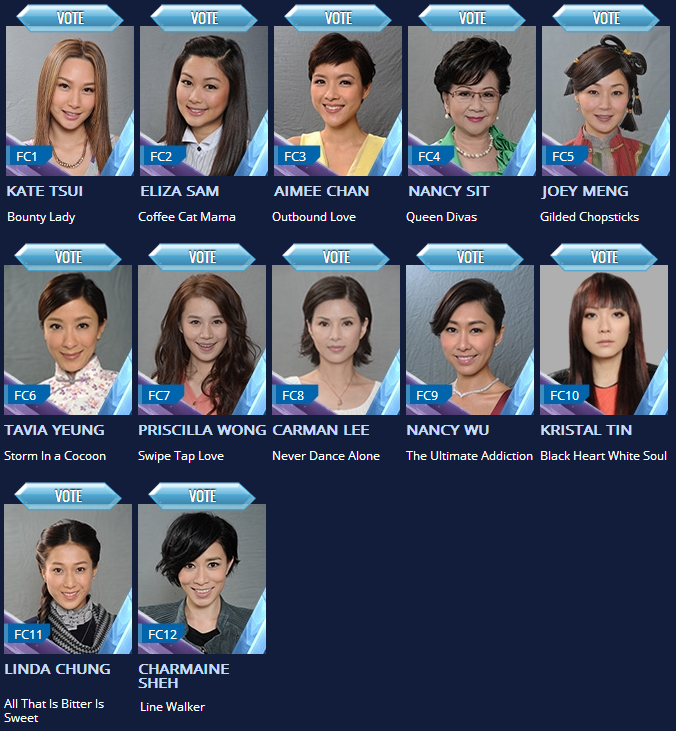 Carman Lee. Probably the only housewife character I'll love so much.

Runner-up: Charmaine is really working her charm in Line Walker.
Least favourite: Priscilla Wong in Swipe Tap Love.
Notable Omission: Any of the other ladies in Never Dance Alone. 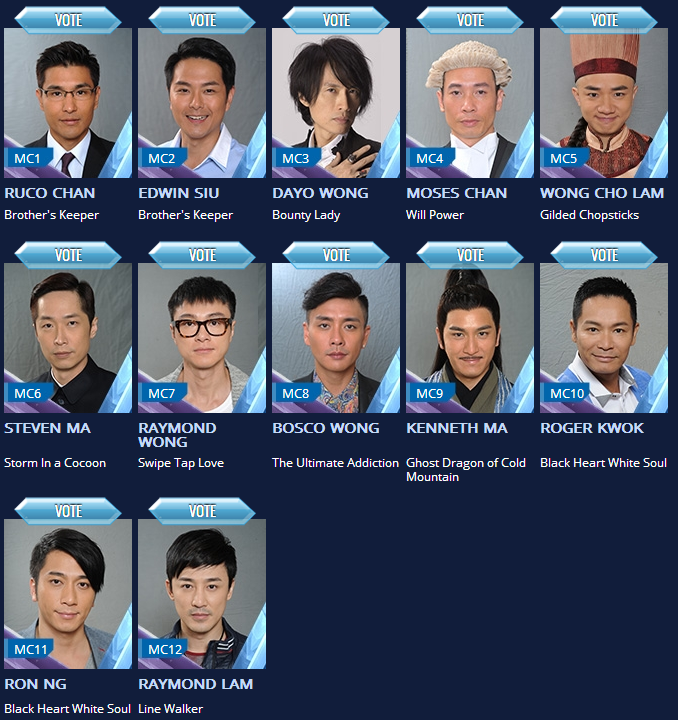 It has to be Roger Kwok from Black Heart White Soul. Love that inner evilness! 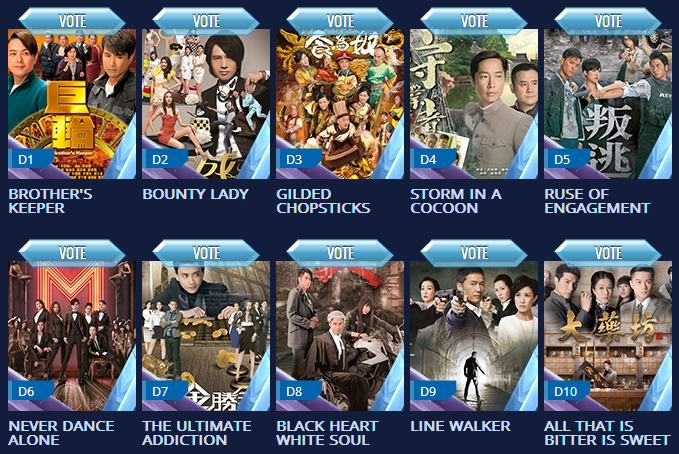 Runner-up: Never Dance Alone got a 5/5 review.
Least favourite: The Ultimate Addiction was The Ultimate Flop.
Notable Omission: Will Power was good for the most part.

Some weird nominations (why does Kristal get two nominations?)... Guess I'll have to choose Carman & Lawrence, even though it should be the other Lawrence. 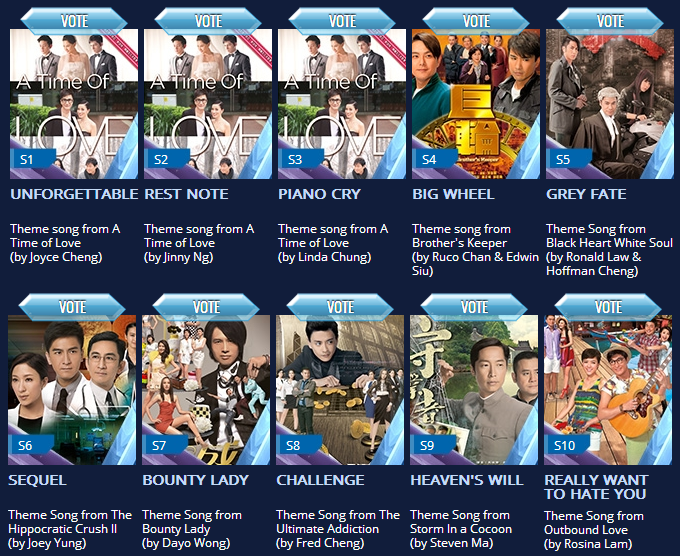 Hands down "Sequel" by Joey Yung.

As usual, no picks for these categories, but I will commend Walk the Walk, Talk the Talk, which has been surprisingly entertaining.

Posted by miriamfanz at Tuesday, September 02, 2014