Overview - Ratman to the Rescue 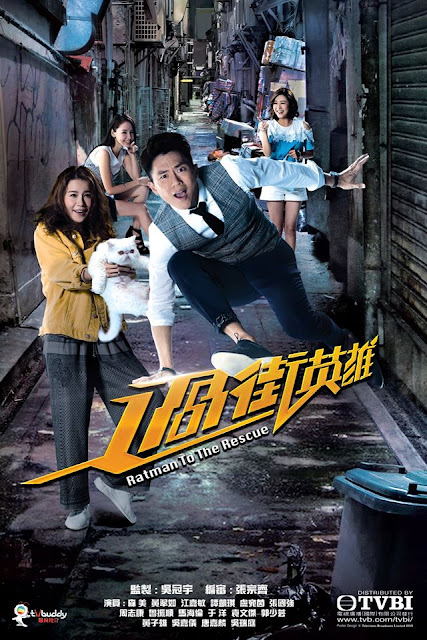 Gossip magazine reporter Sammy Leung loses his left ear in a traffic accident. After a transplant surgery, he develops rat-like superpowers. To achieve fame, Sammy creates fake news stories. He clashes with the righteous police officer, Priscilla Wong, and they both lose their jobs. With the encouragement of her uncle KK Cheung, Priscilla becomes a private detective. Sammy uses his superpowers to spy on his goddess, Zoie Tam. He is caught by Priscilla, who forces him to help her investigate cases. Gold-digger Kamen Kong incurs the wrath of the wealthy Daniel Chau and suffers through many pranks. But when Daniel falls into dire straits, she disregards the past and lends him a helping hand. Sammy uses his superpowers to solve cases and becomes more arrogant! At this time, Priscilla is shocked to learn about KK's true character. Sammy helps her, but falls into the danger of exhausting his superpowers and turning into a rat!