Lord of Shanghai - Produced with rigorous standards, the crew travelled to Shanghai for filming. They construct a grand historical stage that details the style of the Republican era. During this momentous period, the lords each pull out all stops to get what they want, whether it is for personal gain or for the benefit of society. Although some people break their faith, there are still some that will hold tight to their beliefs and fight passionately, demonstrating the glory of humanity in these turbulent times.

Anticipation Level: 4/5. These epic dramas never fail to be exciting.

Captain of Destiny - Based on the legendary story of the pirate Cheung Po Tsai. Modern CGI effects are used to create a refreshing action stage for television, presenting magnificent pirate ships, naval battles and the natural phenomenon of a waterspout. Advanced computer effects, a professional team and a free budget combine to make this story of a modern female police officer travelling through time, only to be ensnarled in the battle between the Qing court and pirates, all the more spectacular.

Anticipation Level: 4.5/5. Cringing at the thought of TVB's CGI, but love the plot and cast. 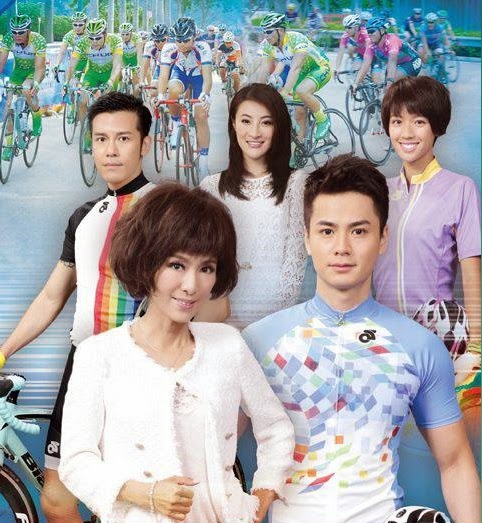 Young Charioteers - The post-80s and post-90s generations are full of passion and dreams, but they will inevitably encounter challenges in their work and allow life to grind away their edge. With an accounting firm as the background, the series shows the cruel reality of office politics, turning the workplace into a battlefield. The series adds a cycling aspect, touring around the island of Taiwan to express how young people chase their dreams and love. Finding a balance between real life and dreams is the ideal way of living.

Anticipation Level: 2/5. Idol dramas are not my type.

Quid Pro Quo - Justice, rule of law and equality are Hong Kong's core values. The barristers, solicitors and trainees in this series are the backbone for defending these values. The current state of the justice system is shown through the different cases. The trainees, with passion and energy, overcome many challenges and experience growing pains and pleasures. The barristers, solicitors and prosecutors work faithfully in their positions to defend justice and equality. With great determination and perseverance, they vow to protect the judicial system and the spirit of the law.

Wudang Rules - Shaolin and Wudang are seen as the birthplace of Chinese martial arts. In particular, Wudang martial arts contains philosophies that can be appreciated. Through the inspirational story of a group of Hong Kong people travelling to Wudang to learn martial arts, this series illustrates the long-standing, unique, martial arts spirit. Besides cleansing our soul, it can also be applied in modern society, to help us deal with the challenges and setbacks in our daily lives.

Anticipation Level: 2/5. Martial arts theme is okay, but yawning at the philosophical preaching.

Limelight Years - The story of a pop queen; behind the glamour, how does she balance her career, love and family? A light-hearted series that is also heart-warming, filled with laughter and tears, and will make people reflect. Travelling to Taiwan to film with beautiful scenery, the series presents a pleasant picture, along with moving original soundtracks.

Anticipation Level: 3/5. I'm always curious about the behind-the-scenes of the entertainment circle.

Smooth Talker - As Mencius said, "Time is not as good as place, place is not as good as harmony." Hence, the importance of harmony is clearly seen. But as long as there are people, there will be conflicts and a need for a middle-person to help resolve the dispute. In the past, there were "peacemakers"; recently, the judicial system has introduced the method of mediation to settle civil cases, giving rise to the role of mediators - the modern peacemakers. This series will allow people to understand the concept of mediation, which can be applied to daily life to settle conflicts. 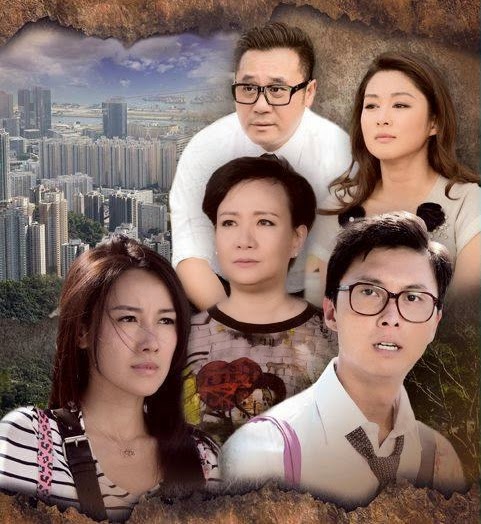 Brick Slave - In order to find a home in the tiny area of Hong Kong, some people will give up their dreams, be willing to work hard and live frugally to pay for their mortgage. These people are known as "brick slaves". Through several standard brick slaves, the series will discuss the real meaning of responsibility and bearing responsibility. Some people pursue stability and allow themselves to be tied to a mortgage for their whole life. Others will seek freedom and choose to be like a snail without its shell. Which is the wise choice? 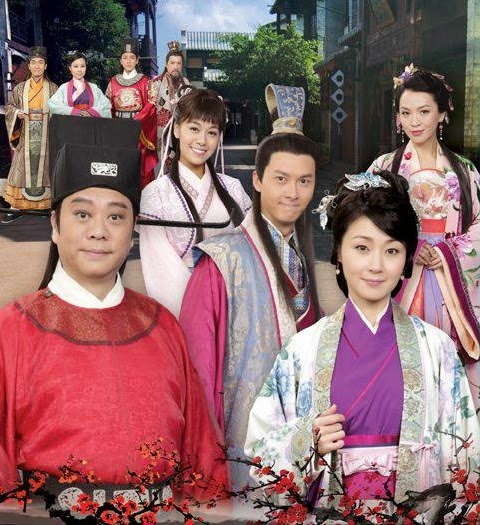 With or Without You - So Dong Po is a distinguished historical figure; his poems and artwork have been passed down and his biography is well-known. His intelligence, humour and concern for the country and citizens are admired by both his peers and future generations. The series makes use of his famous works and revolves around So Dong Po's family, along with the wars between the Song and Liao. It depicts the love between family, friends, couples and society and illustrates the joys and sorrows of life.

Ghost of Relativity - Ever since humans discovered the system of "going to work", workers have been stuck in endless misery. They frequently have to work overtime for meagre compensation. In addition, they have to deal with superiors who only engage in office politics, making the situation even more despairing. Through a human and a ghost, two women fighting in the workplace, the series shows the various people and attitudes in the office, to help express the frustrations of all workers. 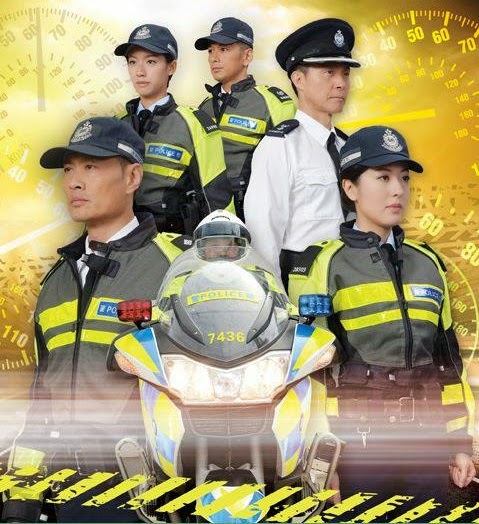 When Race Car Meets the Bicycle - Patrolling on motorcycles and unmarked vehicles, traffic officers can be said to be the coolest team in the disciplined services. With the bright uniforms and using real cases as reference, this is another dynamic and sentimental work in TVB's "uniform" collection.

Anticipation Level: 2/5. I like police dramas, but there doesn't seem to be much excitement with traffic cops.

Empress Lu - Power is known to corrupt people, so imperial power, which can be used to command the world, can certainly distort humanity. For this power game, there are many people who are willing to sacrifice their lives. Some of them are not just in pursuit of personal glory, but also for the prosperity of their clan, or even as a reflection of motherhood. Motherhood has always been an inherent motivator. Whether it is humans or animals, rich or poor, if their children are being threatened, the mother will ignore their own safety to protect their offspring. This is true of Empress Lu and of Concubine Qi. Their initial motivation for participating in the bloody power struggle comes from the inherent instinct of a mother to protect her son.

Vampire - The classic vampire genre is reinterpreted from a new angle, using dazzling effects to create a modern urban legend. Vampires and immortals are natural enemies, but fate has them falling in love, leading to an intensely passionate story. Modern wuxia elements and demon slaying are combined to present a splendour magical world.

Eunuch Leaves the Palace - After the fall of the Qing Dynasty, the eunuchs are dismissed from the palace. Having always been servants, they must learn how to live as ordinary citizens. With newfound dignity, freedom and self-worth, how do the eunuchs go about their new lives? This series talks about how four real and fake eunuchs use the survival tactics they learned in the palace to overcome challenges and find a place to settle down.

Anticipation Level: 3/5. This idea for a The Confidant spin-off is worse than last year's.

Anticipation Level: 4.5/5. It will look into the mysterious death of the Guangxu Emperor.

Corrupt Cop's Conscience - During the 1930s, Hong Kong was evolving from a quiet fishing town into a bright metropolitan. Behind the flurry of prosperity, the law enforcers were colluding with criminals, turning a blind eye to their illegal activities, such as prostitution, gambling and human trafficking. It was like a sin city! But beneath the greed, a human conscience still exists. A formerly corrupt cop is awakened by a lowly maid and rekindles his conscience that was never fully extinguished. He fights to bring the rule of law back to the city. At the same time, a love that breaks taboos emerges.

Anticipation Level: 3/5. Corrupt cops are cool, forbidden love is not so much.

Spare the Blade - Humans will always search for the wisdoms of life in between life and death... Some people live like the dead, wasting away because of a hurtful experience and seeing no way out. Others spread love through charity, illuminating people's hearts; although they may be dead, they are still here in spirit. Through the themes of life and death, the choices made by the characters at life's crossroads and their learning of how to balance between gains and losses, supplemented with Buddhist philosophies, the audience will be able to reflect on the meaning of life and take away their own gains.

Anticipation Level: 2/5. Story about executioners reminds me of The Slicing of the Demon.

Posted by miriamfanz at Saturday, November 08, 2014