To all aspiring lawyers: Do you know what it takes to be a lawyer? Don’t worry, TVB has your back. There is no shortage of legal dramas, with more to come. 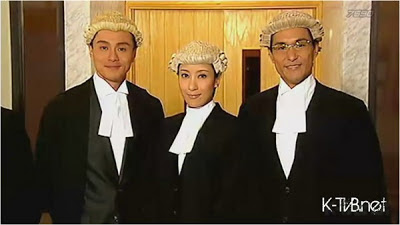 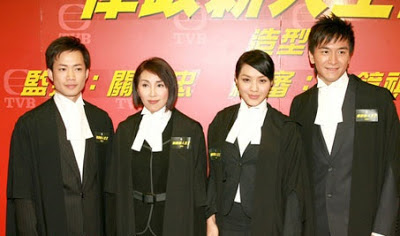 Moses Chan - (advertisement) & Back to Square One 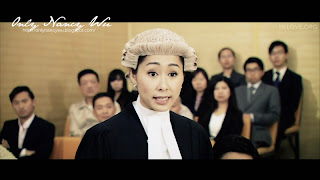 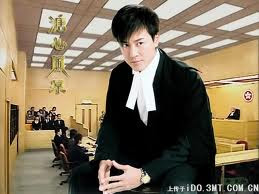 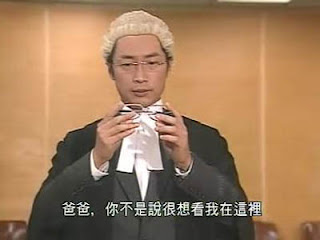 Solicitor
A solicitor’s job is not primarily focused on litigation. They oversee the transfer of assets, inheritances, employment, marriage, contracts and establishment of corporations, among many other things. In terms of litigation, they deal most directly with the client. In general, a solicitor’s job can be divided into four categories:

Solicitors have the right of audience (ie. they may speak on behalf of their client) in the lower courts, such as the District or Magistrates’ courts. However, in the higher courts, such as the High Court or Court of Final Appeal, solicitors must retain the services of a barrister to represent their client. The solicitor is still responsible for making trial preparations, such as sorting through the evidence, contacting witnesses, drafting statements and conducting preliminary hearings.
b)   Transfer of Assets
Whenever a house or other property is sold, a solicitor will need to draft the relevant documents and then have it signed and sealed before the transfer of ownership is complete.
c)   Consultation
Solicitors spend the majority of their time providing legal guidance for their clients. Almost any matter can become a subject of inquiry. The solicitor’s job is to acquaint the client with the legal issues of that particular subject area.
d)   Other Legal Matters
Solicitors are involved in everything from corporations, products and trademarks to wills, trusts and inheritances to divorces, alimony, and other walks of life.

Barrister
A barrister’s main job is to represent their client in court. In their representation, they are expected to consider only their client’s best interests and ignore personal interests or consequences to other people. Barristers will also advise solicitors on complex cases or legal perspectives, thus they are often regarded as legal consultants. Their work includes:

a)   Consultation
Once they have been retained by a solicitor for a civil or criminal case, the barrister will give their opinion on whether to proceed with litigation or persuade alternative resolutions. They will make an evaluation based on their knowledge of legal procedures and remedies.
b)   Preparation
For civil cases, barristers must outline the arguments in the claim or defence statement. They will also need to instruct the solicitor on what evidence to bring to court. For criminal cases, barristers will prepare in advance the arguments, questions and tactics for the trial.
c)   Trial
The barrister will appear in court and make statements on behalf of the client. They will analyze the validity of the evidence and cross-examine witnesses in order to bring out the truth. Finally, they will summarize the case in the closing statements. After the trial, the barrister may have to represent the client in bail or sentencing hearings and guide them through the remaining legal procedures.

Legal Executives
Legal executives can be found in law firms, corporations and various government agencies, such as the Department of Justice and Correctional Services. Their job is to provide assistance to solicitors and barristers. They handle many different tasks for the lawyers, such as meeting with clients and witnesses, drafting documents, attending basic hearings and doing the preparatory work. They may also advise clients while giving police statements and assist them in applying for bail.

Legal Clerk
Legal clerks are responsible for the secretarial functions. Their main duties usually include handling the paperwork, such as mail, forms, court filings and other documents. They may also need to make inquiries to the Companies or Land Registries. Within government agencies, legal clerks will act as law enforcement in cases with set fines, which sometimes requires them to appear before the Small Claims Tribunal.

In accordance to British tradition, judges will wigs and robes. Symbolically, it is to disguise the judge’s own identity so that the judge can make impartial decisions.

The Magistrates’ Court and special tribunals
There are currently seven Magistrates’ courts in different regions, presided over by magistrates (not judges). Magistrates are qualified lawyers or experienced legal personnel. They hear ~90% of criminal cases and can impose a maximum sentence of 2 years imprisonment or $100,000 fine. (In some circumstances, the limit can be increased to 3 years imprisonment and $5 million fine.)

There are special Tribunals for Lands, Labour, Small Claims and Obscene Articles, as well as the Coroner’s Court and Juvenile Court. Each tribunal is set up to quickly and effectively deal with a particular type of case. They are usually presided over by a magistrate or adjudicator. In some instances, legal representation is not allowed and the disputing parties must personally appear at the hearing.

The District Court
There is one amalgamated District Court in Hong Kong, presided over by judges (with no jury). They hear criminal cases passed on from the Magistrates’ Court, with a maximum sentence of 7 years imprisonment. They also hear civil cases with claims of up to $1 million. The District Court houses the Family Court, which handles divorce, alimony and child custody.

The Court of Appeal will hear appeals from the District Courts, Lands Tribunal and Court of First Instance. Cases are generally tried by a panel of three judges (with no jury).

Posted by miriamfanz at Thursday, January 17, 2013

Email ThisBlogThis!Share to TwitterShare to FacebookShare to Pinterest
Labels: Awfully Lawful, Friendly Fire, Ghetto Justice, The Other Truth, Will Power