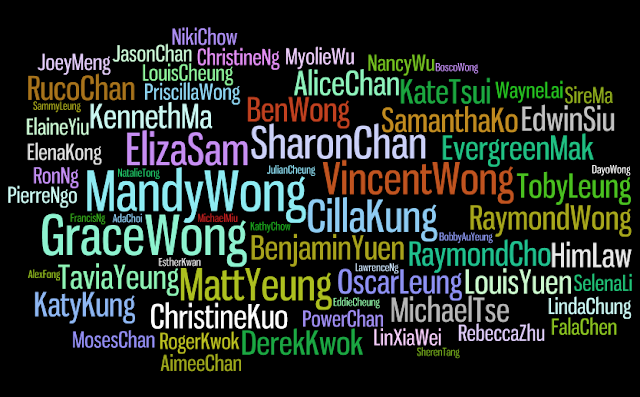 It was the year of the Wongs, with three of them dominating the TV screens in 2013.

Fresh off a win last year for Most Improved Actress, Mandy continued her hot streak with 5 dramas. Following the popularity of “Kwan Yi So”, she played loud-mouth characters again, as a pregnant Mainland woman in Friendly Fire and as a materialistic girl in A Change of Heart. Showing her soft side, she was a subdued policewoman in Sergeant Tabloid. In Always and Ever, she got to rub shoulders with Esther Kwan, acting as her villainous younger sister. Reprieving her role as “Mei Suet” in The Hippocratic Crush II, Mandy won a Favourite Character Award in Malaysia's TVB Star Awards.

Grace has had a career year, appearing in 5 dramas. She had a special thing for lawyers, first trying to seduce Michael Tse in Friendly Fire, then developing a May-December relationship with Pal Sinn in Awfully Lawful. She played two contrasting policewomen roles, a feminine type in Sergeant Tabloid and a rougher type in Bounty Lady. Joining the cast of The Hippocratic Crush II, she caused waves in Benjamin Yuen and Mandy Wong's relationship. Grace was also a constant presence on The Voice of Stars. 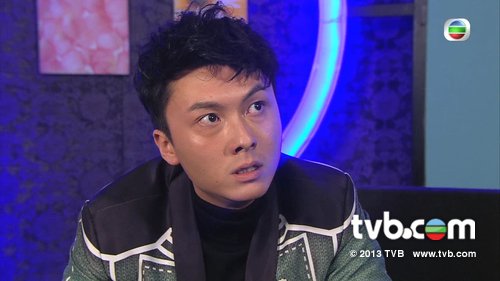 Last year, Vincent made headlines for receiving 13 slaps from Damien Lau in Silver Spoon Sterling Shackles. He topped his own record by enduring 23 slaps from Susan Tse in Will Power. In another legal drama, Friendly Fire, he was embroiled in a market-fixing case. He was featured in the Autumn story of Seasons of Love and guest-starred as Niki Chow’s ex-boyfriend in Sergeant Tabloid. He collaborated with Niki again in A Change of Heart. His memorable performances this year won him the Most Improved Actor Award. Eliza has climbed the charts rapidly since her debut last year. She made a guest appearance in Inbound Troubles as the young Mimi Chu. She was given exposure in the hit drama Triumph in the Skies II as an flight attendant. She put on a tank top and a tough demeanour for her role as the first female SDU member in Sniper Standoff. Featured in the anniversary drama The Hippocratic Crush II, she has a memorable story with Him Law. She capped the year off with a Most Improved Actress win.

Sharon had some refreshing experiences this year. In Friendly Fire, she was paired with new on-screen partner Sammy Leung, but they easily found chemistry together. In Awfully Lawful, Sharon received her first official leading role. She had the opportunity to get up close and personal with "Captain Cool" Julian Cheung  in her guest-star role on Triumph in the Skies II. Finally, in Bounty Lady, she showed off her singing talents and received much praise for her two sub-theme songs. 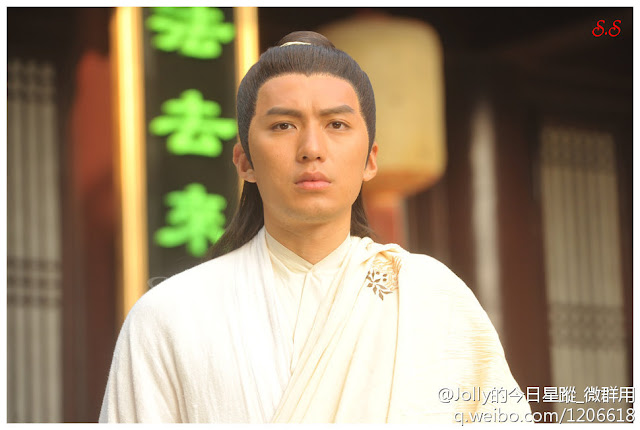 Benjamin has been getting heavier promotion lately. In A Change of Heart, he had a daring affair with Joey Meng, including a "car-shaking" scene. He was picked to play the famous "Zhan Zhao" character in Always and Ever. He and Mandy Wong got their happy ending in The Hippocratic Crush II despite facing a major challenge in their relationship. Benjamin also had guest roles in Karma Rider and Bounty Lady. He was named Most Promising Actor in Malaysia's TVB Star Awards. 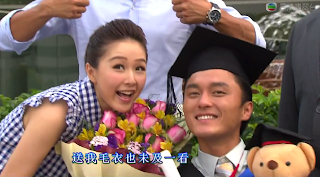 Matt and Cilla had a lot fate this year, participating in 4 of the same series together. However, they were only a couple in Slow Boat Home. In Missing You, Cilla worked with the tracing team to help people reunite with their loved ones while Matt was busy plotting against Lin Xia Wei. In the Day of Days, Matt plays villain again and unsuccessfully tries to stage a coup. Cilla played Raymond Wong's sister. In Karma Rider, Cilla and Owen Cheung are star-crossed lovers, while Matt was the head constable. Matt picked up an additional guest role as Him Law's rival in the Spring story of Seasons of Love.

Posted by miriamfanz at Saturday, December 21, 2013