確實也沒有一直躲避的藉口 非什麼大仇
Indeed there is no excuse to avoid each other, as there is no great hatred 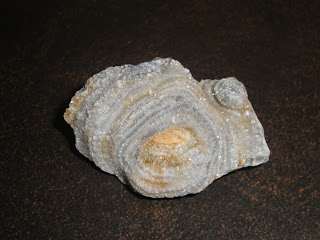 To K.A.
為了一些小事失去了「最佳損友」
唯有希望將來有機會償還這筆「最好的債」
暫時只有在此說一聲生日快樂
Losing a best friend over a small matter.
Hopefully there will be a chance to repay this best debt in the future.
For now, I can only wish you "Happy Birthday" here.

Email ThisBlogThis!Share to TwitterShare to FacebookShare to Pinterest
Labels: Quotes

The theme song for Wudang Rules is "No Fear" (無懼), by C AllStar.

Chin Siu-ho, a former undercover cop, seeks refuge at the Wutang Mountains after suffering a serious setback. He re-encounters his martial arts senior, Yuen Qiu, who now operates an inn and martial arts school. She allows Siu-ho to stay to work as a chef and also takes in the mentally retarded Derek Kwok, who has an unknown background. The originally peaceful place is disrupted by a group of martial arts students from Hong Kong, which includes Yuen Qiu's daughter (Tavia Yeung), a champion fighter with a serious illness (Timmy Hung), a wealthy heir (Jonathan Cheung), a female personal bodyguard (Toby Leung) and a model (Regen Cheung). It turns out that Siu-ho and Tavia had already met in Hong Kong. Her reappearance brings up painful memories for him. Later, he discovers that the real purpose of her trip is to convince her mother to sell the inn to a Hong Kong corporation. Yuen Qiu deliberately injures herself and asks Siu-ho to take over as the martial arts instructor. She promises that if Tavia can win a competition within three months, she will fulfill her wish. As the course nears an end, Derek suddenly becomes normal again and recognizes Siu-ho's real identity, thereby surrounding the Wudang Mountains with great danger...

Posted by miriamfanz at Wednesday, May 13, 2015 No comments:


Wu Zetian (武則天) was the only female emperor to rule China, reigning for 15 years in her self-proclaimed Zhou Dynasty, which interrupted the Tang Dynasty. She is widely known for her ruthless tactics to attain power, but she also proved to be an effective ruler once in power.

Wu was born into a wealthy family and had the opportunity to learn to read and write in her youth. She was well-educated on a variety of topics, including politics, history and literature. At the age of 14, she entered the palace to be a concubine of Emperor Taizong of Tang (唐太宗). Although she apparently had sexual relations with him at some point, she never bore him any children. According to custom, childless concubines had to become nuns upon the emperor's death. Thus, when Emperor Taizong died, Wu was sent to a nunnery.

However, while Wu was still Taizong's concubine, she was having an affair with his son, Li Zhi (李治), who would go on to succeed his father as Emperor Gaozong of Tang (唐高宗). After Wu moved to the nunnery, Gaozong visited her and decided to bring her back as his own concubine. At that time, Empress Wang (wife of Gaozong) supported this because she wanted Wu to divert the emperor's attention away from another one of his favourite concubines.

Wu returned to the palace and soon gave birth to two sons. She also gave birth to a daughter, who died shortly after birth. Wu accused Empress Wang of killing the baby and further accused the empress of using witchcraft. Empress Wang was eventually deposed and Wu was created empress in her place. Popular theory suggest that Wu had deliberately killed her own child in order to frame the empress. Sometime later, she gave birth to two more sons.

Now as Empress Wu, she began to accumulate political power. Since Gaozong often suffered from illness (some believe it was due to slow poisoning by her), she increasingly took control of state affairs. She used the opportunity to get rid of officials that opposed her. She also convinced Gaozong to make her son the crown prince, but then successively deposed two of her sons as crown prince when she became displeased with them.


When Gaozong died, Wu's third son, Li Xian (李顯), took the throne as Emperor Zhongzong (唐中宗). However, she felt he was too difficult to control and removed him from the throne after just six weeks. He was exiled and his brother, Li Dan (李旦), was put in place as Emperor Ruizong (唐睿宗). But by now, it was clear that Wu held all of the power and Ruizong was nothing more than a puppet ruler. Finally, in 690, six years into his reign, Ruizong abdicated in favour of his mother and Wu Zetian officially became Emperor. At age 67, she was the oldest Chinese monarch to assume the throne. She proclaimed a new dynasty, the Zhou Dynasty, to replace the Tang Dynasty.

Wu ruled with a reign of terror, employing a secret police force and informants to spy on her opponents. She ruthlessly eliminated anyone that she perceived to be a threat, including many from her own family and the Li imperial family. Nonetheless, Wu proved to be an effective ruler. She selected officials based on their merits rather than their background and reformed the imperial examination system to give talented but poor scholars a fair shot at succeeding. For peasant farmers, she ensured fair distribution of land, developed new irrigation practices and ordered farming books to be written. Socially, Wu sought to improve the status of women by compiling biographies of notable women in history and making the mourning period for the death of one's mother equal to that of a father. Wu also pacified the wars in the northwest region and oversaw the empire at the height of its territorial extent up until that point in time. Overall, people enjoyed stable lives and the economy developed steadily.


Throughout her reign, Wu faced the constant question of succession. Initially, when she took the throne, she named Li Dan (the former Emperor Ruizong) as crown prince. However, some officials tried to persuade her to name one of her nephews as her successor. They argued that the throne has always been passed to someone with the same surname as the last emperor. But ultimately, she rejected this idea when other officials argued that a son was closer in relations than a nephew. She later recalled Li Xian (the former Emperor Zhongzong) from exile to replace Li Dan as the crown prince.


In her later years, Wu became seriously ill. Several officials, with agreement from the crown prince Li Xian, stormed into her palace and forced her to abdicate. Li Xian was restored to the throne as Emperor Zhongzong once again and the Tang Dynasty was resumed. Months later, Wu Zetian died and was buried alongside her husband Emperor Gaozong. Her tomb is marked by a large stele that was not inscribed with any words, known as the "Wordless Stele" (無字碑).