Deep in the Realm of Conscience Theme Song

Nancy Wu sings the theme song for Deep in the Realm of Conscience, entitled "No Regrets, No Qualms" (無悔無愧).

The sub-theme song is "Bright Moon and Ocean" (明月與海), by Steven Ma and Nancy Wu.

The ending theme song is by Hana Kuk, entitled "Moths Pounce on Fire"(飛蛾撲火).

Overview - Deep in the Realm of Conscience

During the reign of Emperor Shang of Tang, Steven Ma and his aunt Alice Chan stage a political coup. They summarily execute Michelle Yim, who was encroaching on the throne, and support Lee Lung Kei in reclaiming the throne. The palace appears to have returned to a peaceful state, but in fact, there is a surging undercurrent... On the imperial court, the winds are changing as Steven and Alice break into separate camps and become like oil and water. In the inner palace, Nancy Wu leads the Imperial Household Bureau in a fight with all the other concubines as they try to outwit each other. Some people will trade their soul for power, while others will sacrifice everything for their loved ones. The genuine characters of imperial guard Kenneth Ma, revenge seeker Edwin Siu, and palace maids Annie Liu and Jacqueline Wong add a stroke of romance in the inner palace... In the inner palace, unsolved cases are rampant. Careful investigation reveals a shocking secret that has been hidden for many years. Behind the palace's high walls are scenes with soul-stirring emotions of love, hate, passion and revenge! 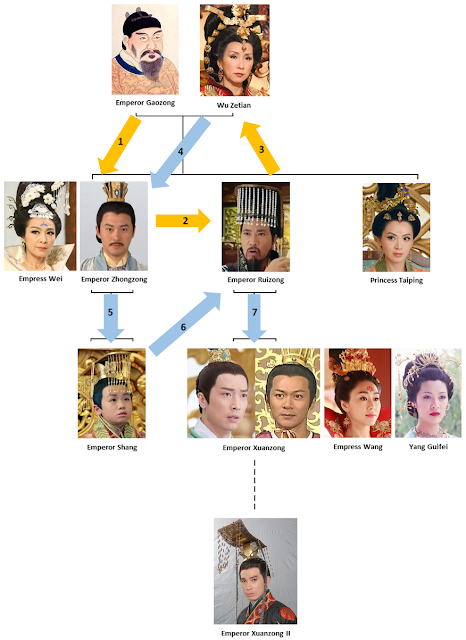