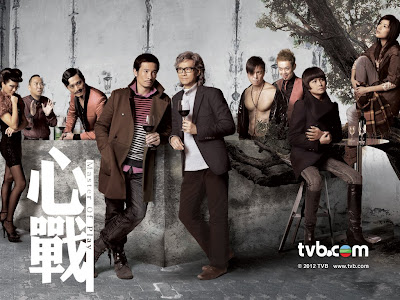 Plot Summary: Adam is obsessed with finding his kidnapped daughter. Maggie’s hand was chopped off by a psycho killer. Moses is controlled by four weird people who don’t even exist. Aimee runs around crying and yelling and being annoying. People die.


This series is supposed to talk about humanity and consequences of falling into bad habits. If the thesis is that humans are psycho, then I’d say it was portrayed pretty well. Moses imagines psycho people, Adam becomes psycho, Maggie is a psycho killer, Aimee can see the tree change colours. I’m surprised I didn’t go crazy myself after watching this.


Not everything you see is real. A lot of things are constructed in the minds of Moses and Adam. I like the technique they used. It cuts from one thing to another, mixing two unrelated scenes together to evoke your imagination. It also keeps you constantly guessing. But at the same time, you might feel really lost about what’s happening. The audience is led to believe many things and then there’s a big twist. For the majority of the series, the set-up is that Aimee is Adam’s long-lost daughter. When she admits to this, you’re like “Yes! I’m right!” and then she goes “Haha, just kidding! I’m not his daughter.” Then as he’s dying, Moses declares “You’ll never know what happens to your daughter.” Huh? Same situation when Maggie turned out to be the Wednesday killer. The audience is left in a daze. I find this both brilliant and frustrating.


The story leaves a lot of room for guessing. Some things are supposed to be implied and some things you have to think really hard to understand. The lingering questions: Does Adam die in the end? Is Aimee his daughter or not? Did Kenny & Co. ever exist in real life? Is Maggie the real Wednesday killer as she claims? Why did she hook up with Adam if she still loves Moses? And what’s up with Aimee’s ability to see the tree change colours?


The setting, like I said, is really Jonathan Chik – as in dark. It’s as if none of his productions ever have a lighting crew. The characters speak in circles; they never just say things directly. Very similar to his previous dramas where the long dialogue brings out some kind of deep meaning if you can actually stay awake to hear the whole thing. No wonder the housewives in Hong Kong didn’t like it. The costumes and make-up are plain weird for the people at the Jekyll bar, especially Kenny and Rachel. But I guess this is fitting because they’re weird people to begin with. The sand paintings at the end of each episode is very unique.


For me, it’s always plot over acting. Plus the veteran cast had no problems with acting anyways. Special compliments go to Adam, since he had to portray so many different personalities when his character immersed himself into the mentality of other people. Adam expertly handled everything thrown at him. The only glaring exception was Aimee. She sounded like she had a stuffed nose when she talked. Not helping things is her pronunciation and sometimes she slurred the words together, so it makes it hard to hear what she’s saying.


Last thing I want to say is that this series received a lot of complaints for being bloody and terrifying. I find them unwarranted. There weren’t many bloody scenes after the opening ten minutes. And this series was hardly terrifying. It was being branded as such, but it turned out to be mostly talking. Probably should have been less than 30 episodes so things can move along faster.