Since TVB doesn’t seem to know, allow me to tell you.

These are fictional tales from Romance of the Three Kingdoms. Read what happened before in the Battle of the Red Cliffs.

Zhuge Liang predicted that Cao Cao would retreat through Huarong Pass and sent Kwan Yu to prevent his escape. Cao Cao fell into the ambush, but pleaded with Kwan Yu to release him. He reasoned that he had treated Kwan Yu well when Kwan Yu was captured years ago. Kwan Yu ultimately decides to release Cao Cao and returns to Liu Bei willing to accept punishment.

It turns out that Zhuge Liang had counted on the loyal Kwan Yu to release Cao Cao. Zhuge Liang feared that Cao Cao’s death would mean Sun Quan’s ambitions would be unchecked and would result in Sun Quan conquering Liu Bei.

Immediately after the Battle of the Red Cliffs, Zhou Yu fought in successive battles in an attempt to seize Nan Commandery (南郡). In one battle, he was severely wounded by an arrow. After finally defeating the Cao army, Zhou Yu was about to claim the territory when he found out that Zhuge Liang had already sent Chiu Wan and Kwan Yu into the cities to claim them for Liu Bei. Zhou Yu was enraged that he fought for nothing.

Next, Zhou Yu planned to assassinate Liu Bei by luring him into Eastern Wu with a fake marriage proposal to Lady Sun (Sun Quan’s younger sister). Zhuge Liang, sensing danger, arranged for Liu Bei and Lady Sun to quickly retreat from Wu territory. As Zhou Yu and his men gave chase, they were ambushed by Zhuge Liang’s army. Zhou Yu ended up losing both Lady Sun and his soldiers (賠了夫人又折兵).

The third time, Zhou Yu pretended that he would help Liu Bei invade Western Su. To do so, Zhou Yu’s army would have to pass through Jing Province. Zhou Yu planned to assassinate Liu Bei when they met and reclaim Jing Province. However, Zhuge Liang once again foiled his plans. Zhou Yu fell from his horse in a fit of anger and exclaimed “既生瑜，何生亮!”  before dying. 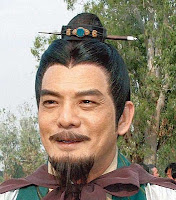 After driving Cao Cao out of Jing Province, Sun Quan took control of the northern part of the province and Liu Bei secured the south. Liu Bei married Sun Quan’s sister to strengthen the alliance. He also asked to “borrow” the rest of Jing Province since the southern part did not have enough resources for his army. Sun Quan agrees to this.

Liu Bei then successfully conquers Yi Province. Seeing that Liu Bei could now establish his base in Yi Province, Sun Quan requests Jing Province to be returned, only to be denied by Liu Bei. Sun Quan forcibly captures a few territories and Liu Bei is ready to retaliate, but the threat of a Cao Cao attack brings the two sides to a truce.

The Official Start to the Three Kingdoms period

Cao Cao adhered to his personal code of honour and did not usurp the Han Dynasty. Upon his death, his son Cao Pi promptly forced Emperor Xian of Han to abdicate and proclaimed himself emperor of Cao Wei.

In response to this, Liu Bei declares himself emperor of Shu Han, claiming that he was the legitimate successor of the Han Dynasty.

Just prior to this, the Liu-Suan alliance had broken down because Sun Quan had captured and executed Kwan Yu while annexing Jing Province. Liu Bei prepared for an attack to recapture Jing Province. Facing a double threat from Cao Wei and Shu Han, Sun Quan submits to Cao Wei. Later, he defeats Liu Bei to solve his predicament and declares himself emperor of Eastern Wu. 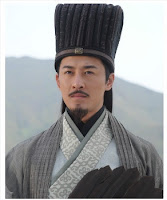 When Liu Bei died, his son, Liu Shan, succeeded the throne with Zhuge Liang acting as regent. With news of Liu Bei’s death, several tribes in southern Shu Han planned a revolt, led by the respected leader Meng Huo. Zhuge Liang personally led the army to suppress the rebellion. His men capture Meng Huo, who refuses to surrender. Zhuge Liang shows him around the Shu Han camp, releases him and orders for him to be captured again. After a total of seven captures and releases, Meng Huo finally pledges allegiance to Shu Han.

Zhuge Liang then turns his attention to the northern Cao Wei state. He launches five expeditions to attack Cao Wei. The last two expeditions are famous for the showdown between Zhuge Liang and Sima Yi. Sima Yi employs a strategy of refusing to engage in any battles and waiting until Shu Han’s supplies ran out. Zhuge Liang was so frustrated with this tactic that he sent a woman’s dress to Sima Yi to provoke him into battle.

Zhuge Liang dies during the fifth campaign, but he still had one last trick for Sima Yi. He told his subordinates to keep his death a secret while retreating. Sima Yi, believing that Zhuge Liang had died, ordered his army to chase after them. The Shu Han forces suddenly reverse and attack. Sima Yi spots a figure atop a cliff resembling Zhuge Liang and thought that Zhuge Liang had faked death to trap him, so he orders his men to retreat. Only later would he find out that Zhuge Liang had really died and the figure was merely a statute. The phrase “死諸葛嚇走活仲達” has since been used to ridicule Sima Yi for being scared away by a dead man.

Sima Yi gained prominence and power under Cao Pi’s rule. He served as regent for Cao Pi’s son, Cao Rui, and then for Cao Rui’s successor, Cao Fang. During the reign of Cao Fang, Sima Yi deposed his co-regent in a coup d’etat and eliminated other political opponents. At the time of his death, the Sima clan held the majority of power in Cao Wei. His grandson seized the throne from the Caos and proclaimed the Jin Dynasty to end the Three Kingdoms period.