This is the second of a three part series that will analyze TVB Anniversary Awards results based on different variables.

Does the broadcast date really affect the chances of getting an award? 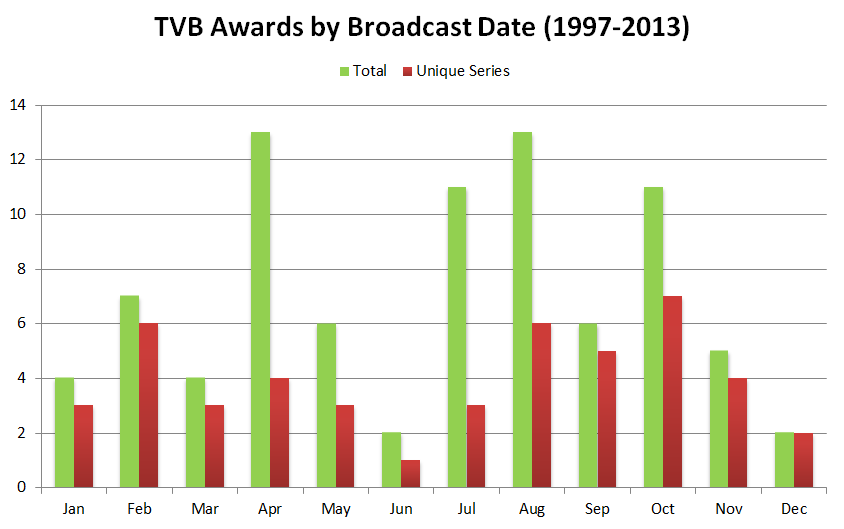 Posted by miriamfanz at Wednesday, December 10, 2014