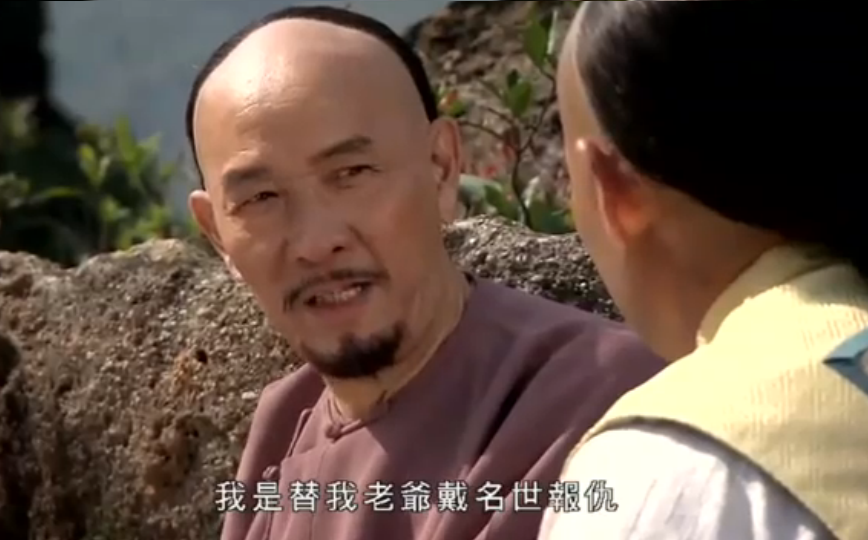 In episode 1 of Gilded Chopsticks, one of the imperial chefs attempted to poison the Kangxi Emperor (Elliot Ngok). He said he was seeking revenge for a man named Dai Mingshi, who had been executed by Kangxi.

Dai Mingshi (戴名世) was a scholar that lived during the reign of the Kangxi Emperor. He authored a text called the Nanshan Collections (南山集), which recounted the events of the Southern Ming Dynasty.

The Southern Ming Dynasty was a politically sensitive topic at the time. It had been formed by the remnants of the fallen Ming Dynasty. The Qing court viewed it as a rebellious effort. Yet Dai appeared to be glorifying them in his writings.

In his book, Dai made the argument that the Southern Ming Dynasty should be recognized as an official dynasty alongside the Ming and Qing Dynasties. He referred to the Southern Ming rulers as “Emperors” and used their era names instead of the Qing era names. He praised Ming loyalists and condemned the Qing army’s massacre of civilians.

Dai was reported to authorities by his rival, Zhao Shenqiao (趙申喬). The Kangxi Emperor was naturally infuriated. Dai was executed on charges of insolence. Kangxi spared the lives of Dai’s family and associates* and sent them to live in exile instead. The Yongzheng Emperor pardoned all those involved when he ascended to the throne.
* A historical inaccuracy in Gilded Chopsticks where the would-be assassin chef said that Dai's family was executed along with him.

Many historians feel that Dai had been unfairly accused of insolence. They believe that his book and arguments were merely meant for academic discussion. In his early life, Dai indeed held anti-Qing sentiments. However, during his later life, his attitude towards the Qing had clearly changed and he even served as a government official. His rivalry with Zhao and his arrogant attitude, which had angered many of his colleagues, likely factored in his downfall.

This case, which is known as the Nanshan Case (南山案), was one of many episodes of literary inquisition during the Qing Dynasty. Literary inquisition is the official persecution of scholars for their writings. Scholars could be punished or killed for the use of a single word or phrase that was deemed offensive. The practice was especially prominent during the Qing Dynasty because the Manchu were an ethnic minority ruling over China. As a result, the Qing emperors were very sensitive to anything that appeared to question the legitimacy of their rule.

Joey Meng's character is the daughter of Dai Mingshi. She was orphaned when Kangxi (Elliot Ngok) ordered for the execution of the Dai family*.
*As I mentioned above, in actual history, Dai Mingshi was the only person who got executed. His family was spared and sent to live in exile instead.