Here are my thoughts and picks for TVB Anniversary Awards 2018. The full nomination list is here.

Yes, The Learning Curve of a Warlord hasn't aired yet. No, it doesn't matter because (1) fans will vote for who they want anyways, and (2) it's adorable that you think TVB hasn't already decided who will win. I think TVB will pull a Dayo here and give this to Dicky because there really isn't much choice. They completely snubbed Steven Ma from a nomination and Benjamin Yuen - the other hot favourite - was nominated for Another Era instead of Stealing Seconds (his winning role in Malaysia and Singapore). 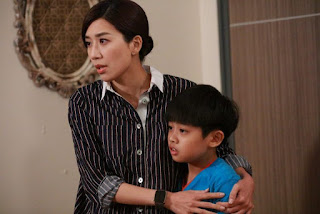 Ali's character was undeniably well-liked by audiences and this would be an appropriate award for her. Mandy could take home this award too, but there isn't much marginal benefit of giving her another award on top of three TV Queen titles. Unfortunately for Alice Chan, her drama aired too early and her momentum appears to have faded.

This category is usually a toss-up among several deserving candidates. There hasn't been a two-time winner in this category, so that could knock out past winners (Louis Yuen, Willie Wai, Joel Chan, Raymond Cho). I don't really know who to pick, but if it's anyone's "turn", it should be Tsui Wing. He's been a solid supporting actor for years and it would be great if he got some recognition.

If Best Supporting Actor was a struggle for me to make a pick, I'm just throwing darts for Best Supporting Actress. Mandy was a favourite last year and even made it to the top five. The competition is virtually non-existent this year, so this is her best chance to win. 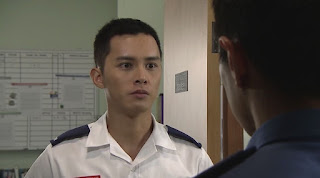 Matthew is riding high from his popularity from the recently aired Life on the Line. I think he will edge out Owen Cheung, who didn't have any dramas air this year.

This award should be renamed "Most Improved from Absolute Crap" for this group of nominees. Roxanne is the most established of the bunch. TVB wants to give this to Louisa Mak so badly (they even gave her a Best Actress nomination), but she's only been acting since last year, so it seems too soon to give it her. I still remember the absolutely unwatchable debut of Gloria Tang in The Ultimate Addiction. She has come a long way since then and would actually fit the definition of "Most Improved".

My second pick to win would be Edwin and Raymond, but they already won last year and there isn't any reason why TVB needs to give a pork award to either of them. The Life on the Line "F4" was well-liked by audiences and this would give TVB a chance to promote them, like the former "S4". 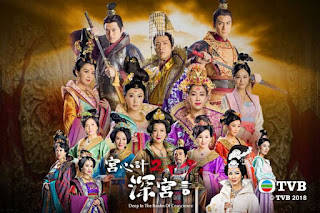 Prediction: Deep in the Realm of Conscience
My Pick: Succession War

Deep in the Realm of Conscience tied with Life on the Line for highest viewership among TVB productions, but Deep was the bigger production with the bigger cast and a "golden" producer. I think Succession War was one of the best written series this year, but it got poor ratings, so it will hardly even be considered for Best Series.