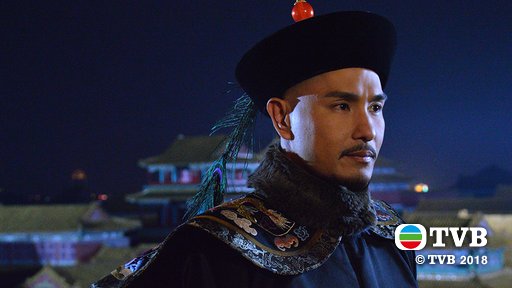 Heshen (和珅) was a prominent Qing official during the Qianlong era. He is known as the most corrupt official in Chinese history, accumulating a personal wealth that was equivalent to 15 years of the government's revenue.

Heshen was born to a Manchu military official. Both his parents died when he was young, leaving him and his brother, Helin (和琳), to be raised by their family's housekeeper, Liu Quan (劉全). Heshen attended a school for Manchu aristocrats, where he was an impressive student. By the age of 18, he was fluent in four languages and well-versed in the classical texts.

At the age of 22, Heshen entered the palace to serve as a palace guard. Shortly afterwards, he caught the attention of the Qianlong Emperor, and thereafter, began a meteoric rise through the ranks. Within a few years, he held high-ranking positions in all of the key departments, including the Imperial Household Departments, Ministry of Revenue, and Grand Council. He further secured power by marrying his son, Fengshen Yinde (豐紳殷德), to the Qianlong Emperor's youngest princess.

Initially, Heshen was an honest official who rejected gifts from people who wanted to bribe him. This was until he got his first taste of wealth when he was put in charge of investigating the corrupt official, Li Shiyao (李侍堯). After Li was arrested, Heshen secretly kept much of the confiscated assets for himself.

After the Li Shiyao case, Heshen's greed and ambitions grew. He began to accept bribes and form his own clique. Because he held so many high-ranking positions, he was able to eliminate his political opponents and insert his cronies into key positions. His corrupt network expanded throughout the bureaucracy and across the nation. They routinely siphoned money from public funds, including military and emergency relief funds. Heshen demanded bribes from government officials and turned the imperial examination system into an auction for government jobs. He also established a system where officials who were found guilty of corruption could buy their way out of punishment. It caused systematic, widespread corruption at all levels of government that lasted well past Heshen's time in power and contributed to the Qing Dynasty's decline.

Heshen lived a luxurious lifestyle. He had hundreds of women and servants living in his home. His mansion was comparable to the imperial palace, constructed using materials stolen from the palace and replicating its designs. He frequently hosted banquets and dined on delicacies with golden utensils. He owned a large amount of furniture, vases, art pieces, silk, clothing, animal hide, and other valuable possessions. 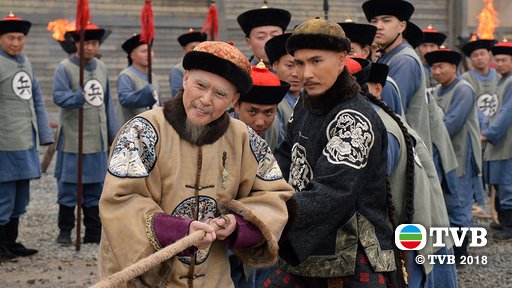 The Qianlong Emperor was well-aware of Heshen's corruption, but never sought to punish him. The emperor acquiesced to Heshen’s corrupt conduct because Heshen filled the palace’s coffers to pay for Qianlong’s extravagant spending and southern expeditions. Heshen was also good at flattery, attentive and knew how to cater to the elderly emperor’s tastes. For example, he spent time studying Qianlong’s poetic style and frequently discussed poetry with the emperor. Qianlong was very fond of Heshen’s literary talents.

A Connection With Nancy Wu?

A popular rumour about why the Qianlong Emperor favoured Heshen so much was because Heshen resembled one of the concubines of Qianlong's father. As a prince, Qianlong enjoyed pulling pranks on people. One day, he saw one of his father's concubines and decided to prank her. He went up behind her and covered her eyes. The concubine, thinking it was a palace maid, swung her arm backwards. Qianlong grabbed her arm before she could hit him, but this caused her to lose her balance and fall into the prince's arms. Just then, Qianlong's mother passed by and saw this. Not wanting any scandalous rumours to affect her son's political fortunes, she secretly forced the concubine to commit suicide. When Qianlong found out about this, he felt guilty for having caused the concubine's death. Years later, when Qianlong saw Heshen for the first time, he was shocked to see that Heshen resembled the concubine and believed that he was her reincarnation. Thus, Qianlong treated Heshen very well.

The concubine turns out to be Lady Nian, which was played by Nancy Wu in Gilded Chopsticks!

Of course, historical facts do not support this story. For one, Lady Nian was a noble consort, while Qianlong's mother was only a consort. His mother would not have had the power to force the higher-ranking Lady Nian to commit suicide. Moreover, by the time Qianlong entered the palace, Lady Nian was already sick. She later died of illness. However, a portrait now displayed at Heshen's old mansion shows that he did indeed look like Lady Nian in some ways. 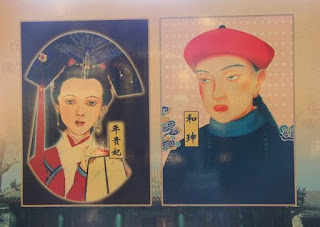 As the Qianlong Emperor grew older, he often was not able to speak clearly and only Heshen could understand what he was saying. Thus, whenever he held court, he would order Heshen to stand next to him. Heshen would "listen" to what the emperor said and then issue edicts on his behalf. This earned Heshen the nickname as the "Second Emperor". 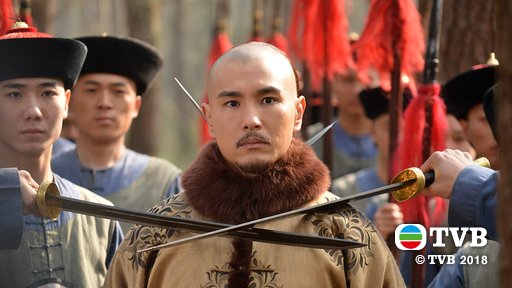 Upon Qianlong's death, the Jiaqing Emperor quickly stripped Heshen of his official titles and ordered for him to be arrested. He was declared guilty of 20 great sins and was sentenced to death by slow slicing. However, his daughter-in-law, the Tenth Princess, pleaded with Jiaqing to allow him to commit suicide. Jiaqing granted the request and Heshen hung himself at his home. His family was spared on account of their relationship with the Tenth Princess.

After his death, it was discovered that Heshen's personal wealth was worth between 800 to 1100 million taels of silver (compared to the government's annual revenue of only 70 million taels of silver). His net worth is estimated to be about $132 billion USD in today's dollars, putting him among the richest individuals in history.