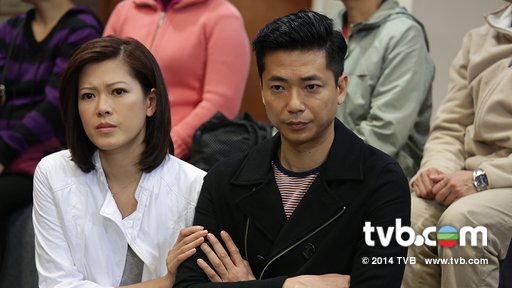 Hong Kong’s educators have long advocated the mentality that “education is not about the grades”, but it has not turned out that way in reality. Today’s “monster parents” all hope for their children to succeed. Even toddlers who are just beginning to crawl are being subjected to training in order to win at the starting line. Loving parents Jack Wu and Elaine Yiu have always allowed their son to develop freely. But when Elaine discovers the surprisingly high competitiveness of her son’s classmates, she has no choice but to start paving the way for her son to get into a prestigious high school. Following the example of “tiger parents” Raymond Chiu and Mandy Lam, Elaine pushes her son onto a smokeless battlefield. 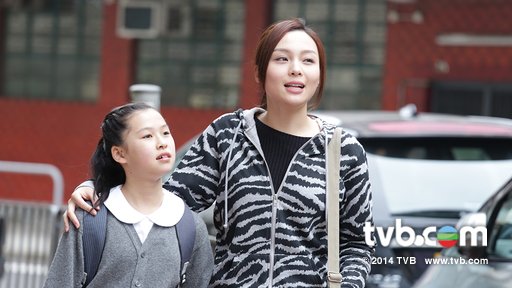 When new immigrants arrive in Hong Kong, they inevitably trigger the tensions between Hong Kong and Mainland China. Oceane Zhu has waited for many years before finally receiving a One-way Permit, allowing her and her daughter to be reunited in Hong Kong with her truck driver husband (Andy Sui). The joy from their reunion soon turns to despair as her husband, hoping to provide a better living, becomes addicted to gambling, while her daughter struggles to catch up at school. But in the end, Oceane remains strong, much like the camellia flowers from her hometown. Her emotional journey shows how important Mainland-Hong Kong integration is in creating win-win situations. 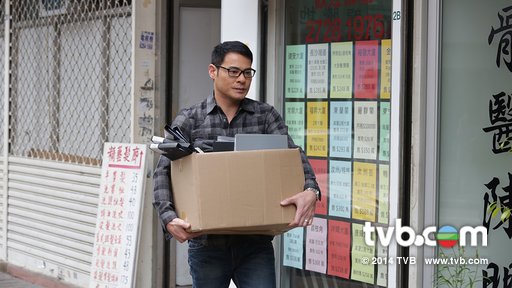 Ben Wong is a principal who makes over $1 million in annual salary, but decides to give up his high-paying job to open a free tutoring school for low-income students. He hopes that knowledge can help them escape poverty. But his philosophy of “teaching without discrimination” is tearing his family apart. The tutor school also faces imminent closure, as it cannot generate enough profits to cover its expenses. In order to help these students who, while hard-working, but cannot reach the targets, how far can this extraordinary principal go? 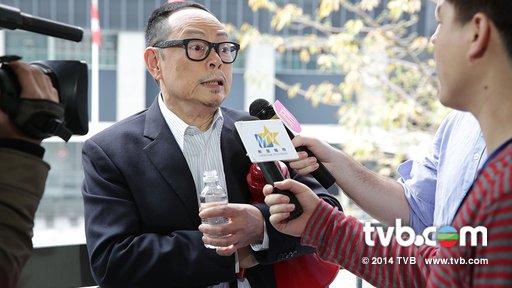 Law Lok Lam is a former Inspector of Police, but having spent away his wealth, he now works as a rent collector in subdivided flats. Meanwhile, Lau Kong leaves home to allow his family members to live better and ends up in Hong Kong’s most impoverished area. Through Jack's interviews with these two seniors, it reveals the misery and suffering of Hong Kong’s poorest residents due to housing difficulties. Faced with these terrible living conditions, can flexible Hong Kongers still hold onto the mentality of “when the sky falls, use it as a blanket”?

“All jobs are equal, each industry has champions.” Gary Tam is a former student of Yu Yang, but because of his family’s situation, he was unable to finish his education. He began working as a cleaner to support his family. On cold winter nights, when everyone is at home enjoying time with their family, Gary works tirelessly through the night. His hard work finally pays off, as the garbage man who was once looked down upon has now become a well-known property manager. This is a motivational story showing that “being poor doesn’t matter, as long as there is a way out”. 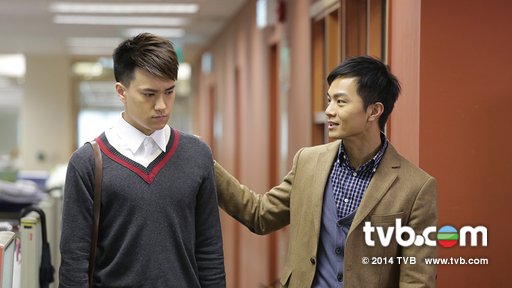 An individual’s competitiveness can reflect on the whole society. Today, Hong Kong faces intense global competition. Human resource experts have pointed out that among new job seekers, 20% of them belong to the “high marks, low intelligence” category who lack independence. This raises alarms about Hong Kong’s future competitiveness. Brian Chu, a new staff member at Jack’s office, is exactly the type of newcomer that has the certifications, but has been overly protected by his “helicopter” parents. Challenged by elite talents from around the world, will these newcomers have to concede? 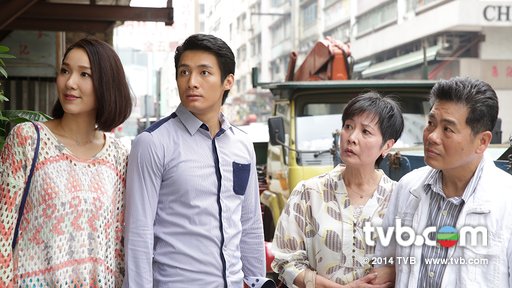 Generations of Hong Kongers have had to worry about housing. For example, the middle class do not qualify for public housing, nor can they afford to buy a house. Three best friends, William Chak, Stanley Cheung and Gregory Lee, are each confronted with the same problem of purchasing a house. In order to find their comfort home, some will choose to take shortcuts, while others will go the legal route and get a mortgage. Ultimately, with their careers and marriages on the line, how will these “flat slaves” respond?

Information technology is like a two-edged sword; it can be constructive, but can also be destructive. Although the cyberculture and issues such as cyberbullying make the Internet sound like a dangerous place, the Internet also has endless business opportunities. Whether the emergence of the Internet has advanced or corrupted the world depends mostly on the attitude of the user. In order to stay current, Yu Yang tries to learn how to use a computer, but he cannot keep up with the rapid changes in technology. With the generation gap between Yu Yang and his daughter deepening, how can the older generation avoid being sidelined by technology? 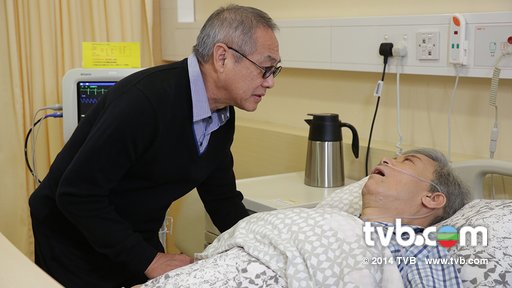 Foreign domestic helpers are likely to be the ethnic minorities that most Hong Kongers can associate with. While there are cases of employers abusing their helpers, there have also been rumours about an old employer (Elliot Ngok) treating his maid like a daughter and leaving her $800,000 in his will. As Jack investigates these rumours, he uncovers many real stories between employers and their helpers, some of which are infuriating and others that are very touching. Foreign domestic helpers arrive in Hong Kong alone. Besides making money, they are also here to bring warmth to Hong Kong families. Mutual respect and care should not be limited by skin colour or ethnicity. The relationship between employers and workers sometimes cannot be measured by money.


Episode 10 – What To Do With Leftovers 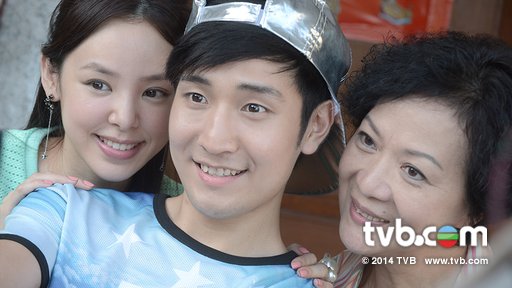 Hong Kong people produce over 3300 tonnes of food waste each day, equalling 40% of the daily disposal capacity of landfills. Even though recycling centres are being built, it can only handle 200 tonnes of industrial food waste each day. Three young dancers want to save money to pursue their dreams, thus, they make a variety of sandwiches using leftovers. As the saying goes, “Don’t throw away good food”. Leftovers not only can feed people, it can also help some people accomplish their dreams. 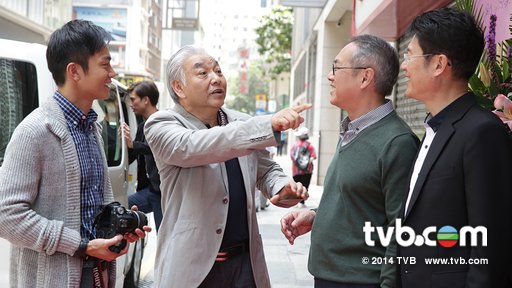 Retirement is a mandatory part of life. However, some seniors will choose not to rest when they retire, insisting on being self-reliant and actively pursuing new interests. They view retirement as simply the second half of their life. Choi Kwok Hing has experienced two strokes, but still possesses an indomitable spirit, refusing to step down from life’s stage. His life is like a candle – from the moment it is lit, until it is completely burnt out, it will continue to shine light on itself and provide warmth for those around it. Like the Sunset Warrior, he emits a dazzling radiance! 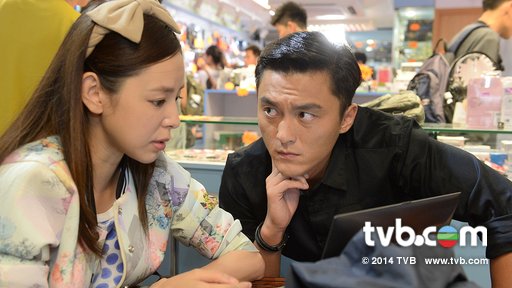 With Hong Kong’s high price levels, young people, even with $3 million in assets, often find it difficult to immigrant. Matt Yeung’s business is threatened by ever-rising rent prices. For the future of his family, he decides to immigrate to Taiwan. On the other hand, Yu Yang’s friend, Wong Wan Choi, left for Australia ten years ago, but has decided to return to Hong Kong and re-earn his insurance brokerage license. The foreign-educated Jason Chan also chooses to start his business in Hong Kong. In the future, where will they all go?