I randomly stumbled onto a location filming for the series Heart Road GPS while in Hong Kong. Such a simple scene, but it took them many takes and a long time to film. It was very exciting for me because I’ve never seen something being filmed before!
The scene is about Rachel Kan arguing with her boyfriend (an actor that I don’t recognize). He flings her to the ground and drives off. Ruco Chan and Louise Lee run across the street to her (almost getting hit by a truck, which Ruco stops). They help Rachel up and Louise comforts Rachel at the curb. 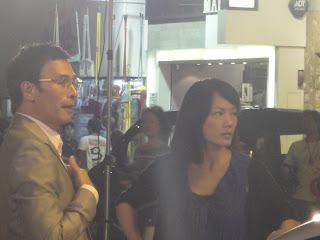 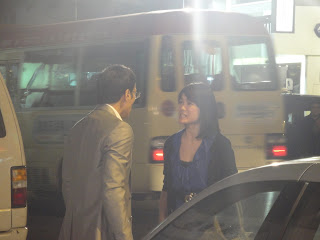 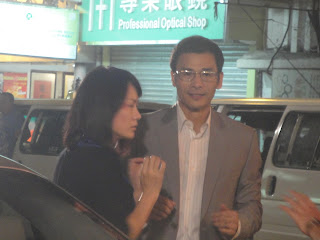 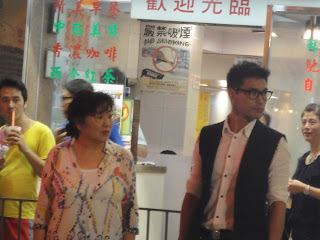 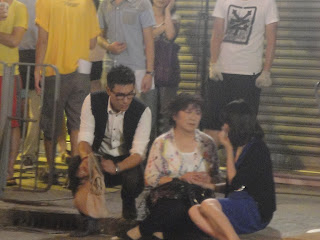 Posted by miriamfanz at Thursday, September 06, 2012