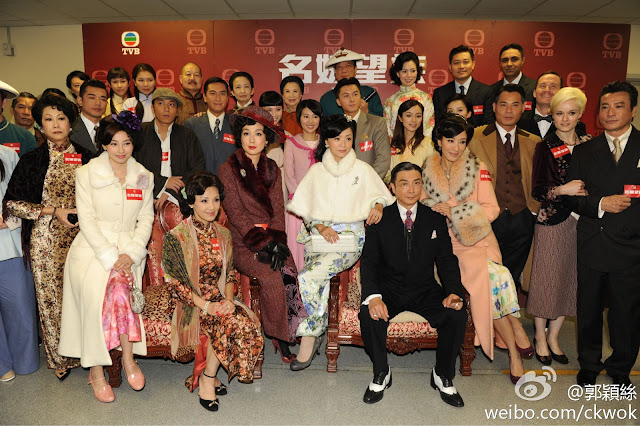 Hong Kong in the 1930s was precisely when Eastern and Western cultures clashed, when women gained power and status to challenge the male-dominating society. Famed barrister Damien Lau was educated in England and leads a Western lifestyle, but at his core, he is a traditional Chinese man. He takes many wives to highlight his high societal status. First wife Mary Hon comes from a rich family; second wife Idy Chan is a former Qing Dynasty princess; third wife Elena Kong is the daughter of a banker; fourth wife Tavia Yeung is a famous opera performer; and fifth girlfriend JJ Jia is greedy for fame and wealth.
Of the women, Damien loves Tavia the most. But they disagree when Tavia becomes an activist for women’s rights. At the same time, the children begin to rebel against the strict discipline of their father. The sons, Kenneth Ma and Vincent Wong, fall out with Damien. The daughter, Sire Ma, ignores his objections and marries a poor policeman. Rebeccca Zhu becomes the newest member of the family as Damien’s daughter-in-law. As the infighting becomes more intense, Ron Ng adds himself into the mix to get revenge on the family. A story about a seemingly glamorous family on the outside, but is broken from within…

Original Article    Pics from Asianfanatics
Comment: Sounds like a typical big family drama with the infighting and revenge plots. Heart of Greed 1930s version? The HK audience is going to soak it all up.

This is one of the TVB Anniversary Series this year. It will begin airing in Hong Kong on October 22, after The Last Steep Ascent.
See overview of the other TVB Anniversary series: The Confidant.
Posted by miriamfanz at Wednesday, October 03, 2012